[Photos by JT WHITE] From the breeze in the air, to the leaves littering the sidewalks and models down catwalks, this can only mean one thing – it’s autumn in New York! A private tasting was held by premier liqueur maker, House of Grand Marnier, to introduce seasonal cocktails created by esteemed mixologist and brand ambassador, Aisha Sharpe, at the Moët Hennessy lounge. As co-founder of Contemporary Cocktails, Inc., Sharpe promotes the idea that a bartender should pay the same amount of care and attention to libations that a chef does to cuisine as illustrated through her expert and creative mixology skills. 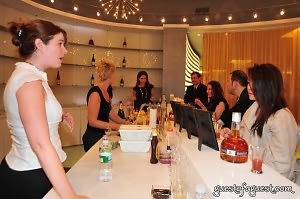 The drinks menu starred the House of Grand Marnier’s latest creation, NAVAN Natural Vanilla Liqueur, as its main component.  Flavors evoked both feelings of autumn and provoked the senses, such as the pumpkin and red currant purées, which were used to complement the NAVAN champagne cocktails. Sharpe served up an array of colorful and delicious concoctions, ranging from the exotic (like the Fall Into NAVAN Punch which, among other ingredients, made use of Angostura bitters, pomegranate seeds, and grated nutmeg) to comfortingly familiar (her upgraded take on the Apple Pie Martini – which was NOT green or made with pucker – using unfiltered apple cider instead, and even boasting cinnamon sticks!)

Blogger Hal Wolin of A Muddled Thought, and Jeffrey Pogash, Moët Hennessy’s Director of Communications, were also on hand to enjoy this thoroughly palate pleasing and informative event organized by Trish Mannion and Gabriella Macari. 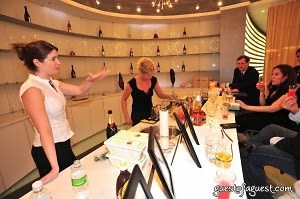 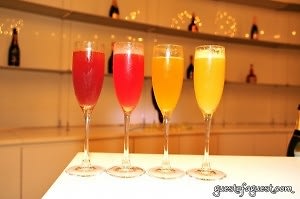 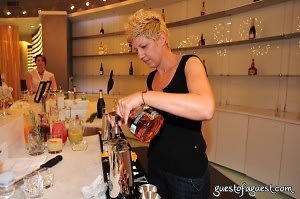