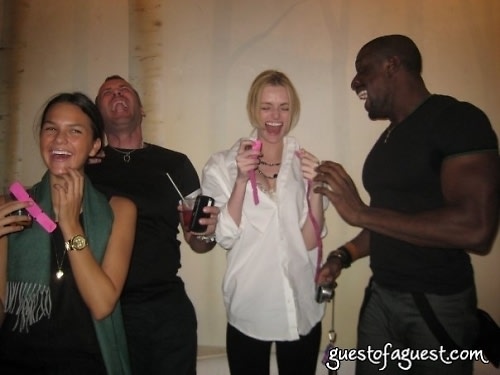 Go HERE for more photos and TAG YOURSELF and your friends in BOTH!

Last night found us at Aspen Lounge for the Trinity Place Shelter Benefit. The benefit was to help raise funds for the shelter which was on the verge of being shut down by the city. It is one of only a handful of shelters that is specifically for LGBT youth. Other hosts for the night included: Oscar Apaydinli, Matt Tratner, Josh Wood, Mark Nelson, Memo Valverde, Kevin Joyce, Joseph Miceli Magnone, Jacob Fanning, Eddie Garou, Russ Williamson, Tony Fornabaio, Mike Ruiz, Douglas Hill, Kevin Lotz & Danielle Pepin.

We were thrilled earlier in the day to find that the benefit had actually sold out, so our work was done for the evening, and we were free to party! We met up with Lydia Heart Shaw, Cleone Perry, Ryan Brown and Allie Rizzo for a little bite beforehand and hit the event around 7:30. The event began at 7 and we were surprised that when we walked in the door, it was already packed. Unlike straight people, the gays prefer to wander around instead of settling for one place. We aren't your typical gays, so we headed for the safety of our table and the comfort of a bottle. 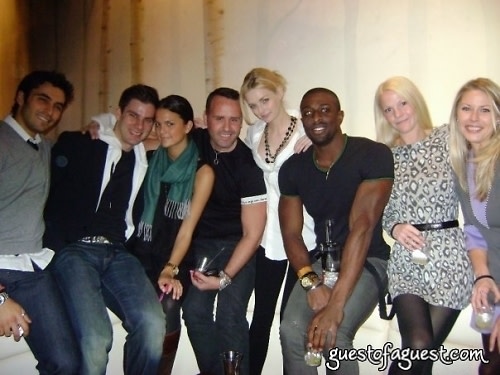 Others taking refuge: Richie Rich, Emma Snowdon Jones, Eric Spear, Charles Lorum, Briana Swanson, Tara Church, Marc Matthias and Benny Rivera of Diverse Deserts, Marc Bouwer, Jed Rubin, and the two cutest Olympic Silver Medalist we know, Tim Morehouse and Jason Rogers. The event featured not only a silent auction but a raffle as well. It figures that the only person in our group to win anything would be Lydia and of course she won a day at a Men's spa! Some people have all the luck...

A lot of people waited until the last minute to purchase admission and could not attend since the event was sold out. We wanted to remind everybody that you could always go to the website to make a donation anyway.