Go HERE for more pictures by SCOTT BUCCHEIT and TAG YOURSELF and YOUR FRIENDS!

Last night, Scott Buccheit went to not one, but two events at The Box. Luckily, he documented it all for us, from the premiere of Jude Law's Rage, to Peace One Day, and lastly a birthday party at Butter. 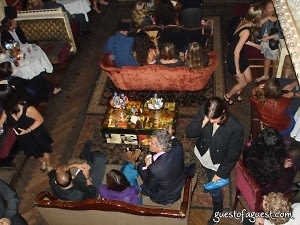 Last night i began my evening very early, at The Box of all places, which i must admit was odd to be there during day-light hours. I was there to see the premiere of Director Sally Potter's film Rage. The movie is the first movie to ever to premier on mobile devices at the same time it premieres in theaters, online and dvd. The film follows a week in the life of a cursed fashion show. The entire feature is shot interview style and includes a wicked turn by Jude Law as a transvestite model. Other stars include Dianne Weist, Dame Judi Dench, John Leguizamo, Steve Buscemi and Lily Cole. Others seen at the film included Betsy Rudnick, Nadine Johnson, Victoria Bousis, Naeem Delbridge, author Michael Gross and Box owner Simon Hammerstein and his lovely wife Francesca. 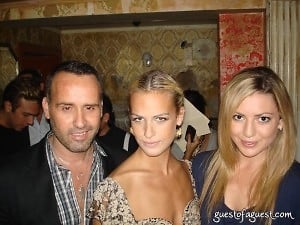 After the movie we were unceremoniously hustled out of the Box for the next event to be held there, the Peace One Day Event, despite the fact I was attending! After picking up a couple of friends, Alexa Winner and Tara Dinghra I headed back.

For those of you who don't know, and I can bet that's the majority, Peace One Day is the first ever annual day of global ceasefire and non-violence with a fixed calendar date. The concept is the brainchild of filmmaker Jeremy Gilley who two years on, achieved his primary objective when the 192 member states of the United Nations unanimously adopted 21 September as an annual day of global ceasefire and non-violence on the UN International Day of Peace. I personally think it's sad that the majority of us know when Fashion Week is but have know idea that this day even exists. 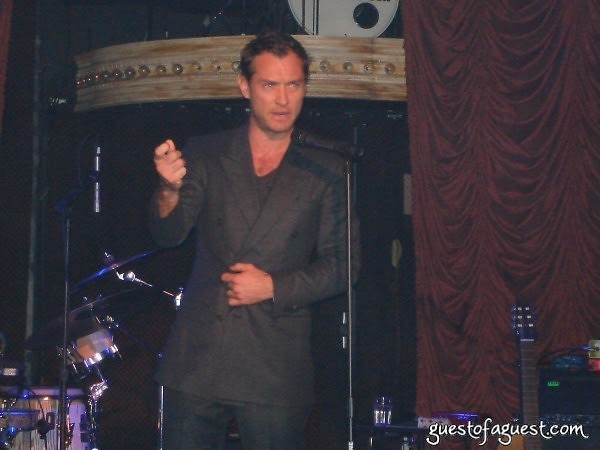 The event featured speeches by supporters Jude Law, Ben Cohen and Jerry Greenfield (popularly known as Ben and Jerry), UN Director of News and Media Ahmad Fawzi and Mr. Gilley. After the speeches guests were shown a film on what is achieved on this day, which surprisingly even the Taliban adheres to. Afterwards guests were treated to a mini concert by Brazillian Bassa Nova singer Bebel Gilberto. Others seen swaying to the music included Mickey Boardman, model turned actress Lily Cole and designer Tiffany Koury.

I then headed over to Butter for the Birthday dinner for nightlife impresario Richie Akiva. Richie is co-owner of Butter, 1Oak and will soon be bringing another club on the scene when the newly renovated old Nell's space opens later this fall. Others helping him celebrate included: Russell Simmons, Richie Hedaya, Scott Sartiano, Allie Rizzo,and Full House's John Stamos.