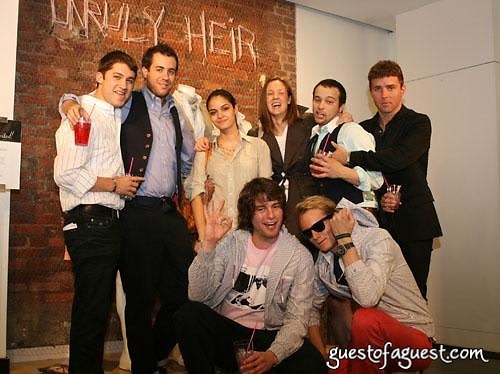 A trip of this magnitude provides the perfect juxtaposition: taking a low budge bus to a preppy playground such as Palm Beach. That's exactly the concept behind Unruly Heir - Preppy goes street, preppy gets a little rough around the edges, a la hoods of Nantucket. Seersucker for gang bangers? Not exactly, but this line of clothes (for lack of a better more modern word) is dope. It's made for the hip and fresh well to doers, like maybe the junior set having a round of Maidstones at the Maidstone Club wearing a vest with a funky pattern on the back panel paired with Nantucket Red-ish pants featuring plaid trim, topped off with a hooded Seersucker blazer. What would Lilly Pulitzer say? Maybe "Welcome to the Club"!