Despite an injured knee, day 3 of the US Open proved to be a good day for all-star tennis player Venus Williams, who defeated American opponent Bethanie Mattek-Sands. Among the others celebrating were Gael Monfils of France, and Aleksandra Wozniak of Canada, who must now play against Italian Flavia Pennetta (see below). Meanwhile Marat Safin, who played against Pete Sampras and won the US Open in 2000, played his last match, losing to Jurgen Melzer. Celebrities in the crowd today included esteemed fashion designer Oscar de la Renta and American Idol's Constantine Maroulis. 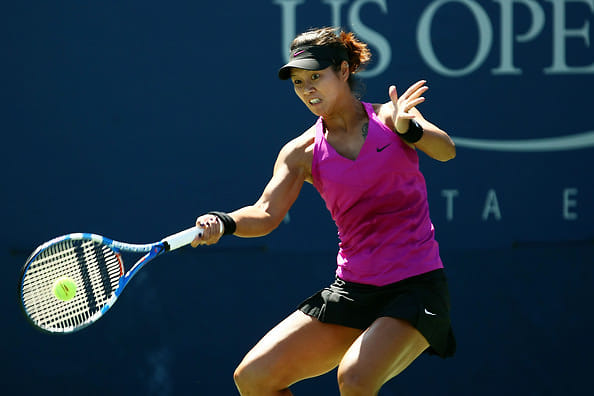 Na Li of China during a match against Michelle Larcher De Brito of Portugal. 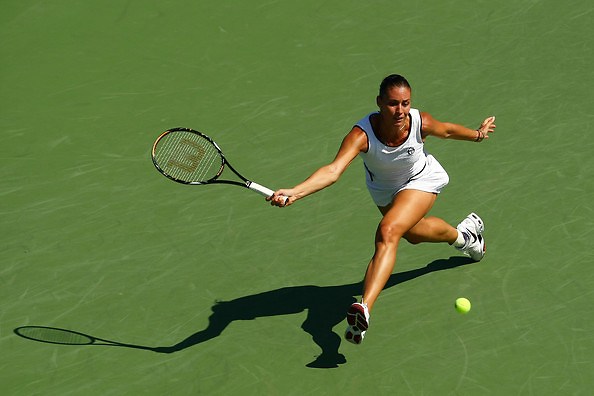 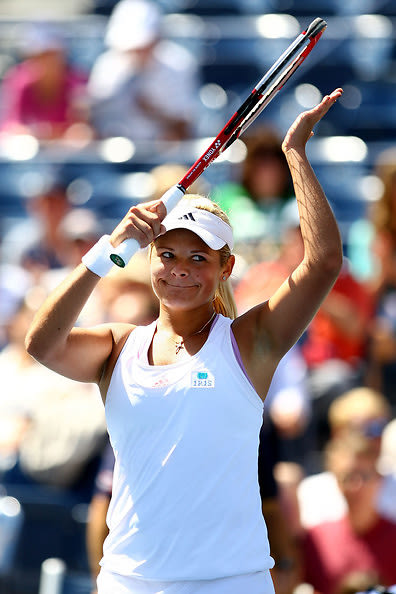 Aleksandra Wozniak of Canada celebrates a victory over Amelie Mauresmo of France. 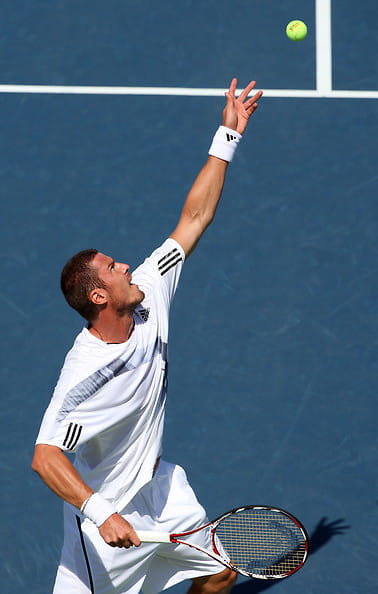 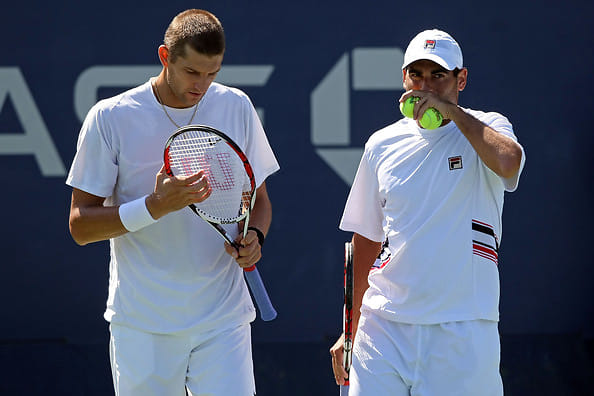 Max Mirnyi of Belarus with Andy Ram of Israel. 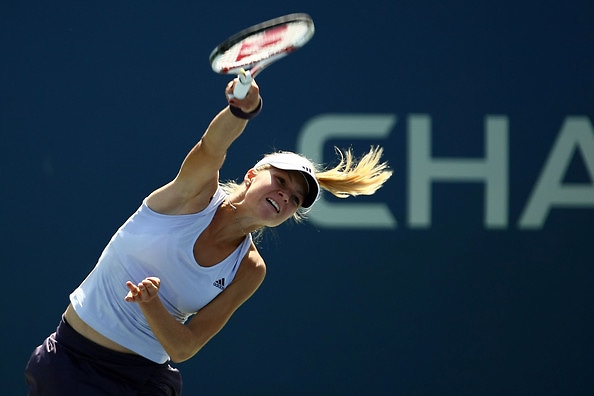 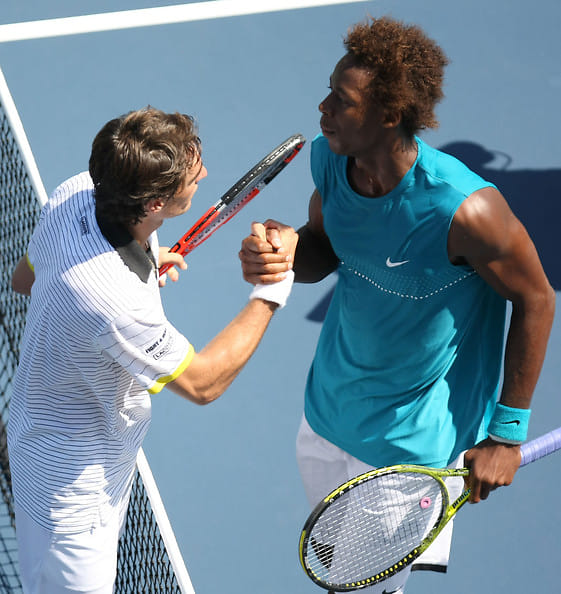 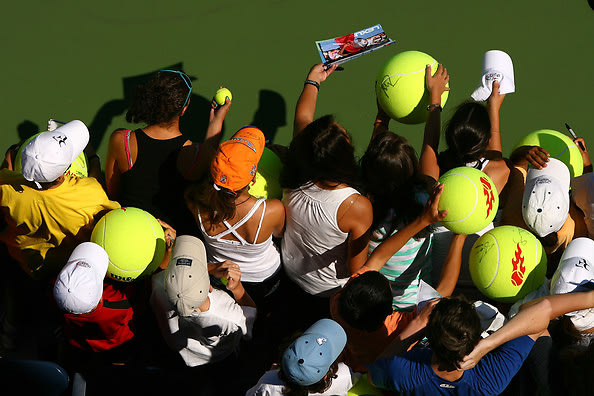 Fans wait for autographs from the players.