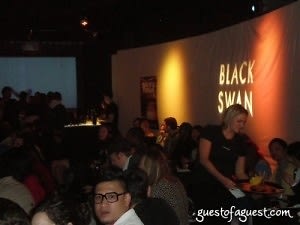 Last night The Black Swan Wine Bar in Soho held a film screening for the documentary “The VICE Guide to North Korea”. The bar was elegant and complementary, Black Swan Wine and h'ordeurves were served before the showing. When the film began I didn’t know what to expect. It starting on a serious note, yet after a few minutes revealed its comedic twists. With the Korean law stating that no electronics were to enter Korea, the filmmakers knew they were in for a bumpy ride!

The satire exaggerated the backwards ways of North Korea’s socialist Hitleresque beliefs, and included raw footage of Korea’s twisted culture and the limitations put on it’s citizens by their dictator Kim Jong-il. As soon as the people were allowed a little leeway they went crazy playing pool, smoking cigarettes and dancing the night away! The documentary showed a continuing theme of distain that North Koreans have toward the American culture. North Korea’s intentions were not too hard to place, but enough so in order not to ruin the steady tourist influx. The sarcastic irony of every situation kept a lighthearted ambiance and we left very impressed with the film. The bar became busy and will surely have more great events that we hope to soon enjoy.