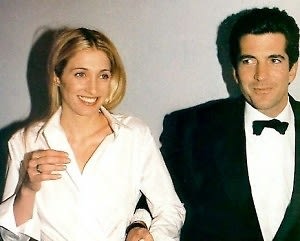 In your Mirrored Armoire: Everyone's trying to channel you and you're just trying to find something you can't pull off. So far, hasn't happened. (Almost, once, with Gore-tex.)  Your dressing mood swings are near manic in their brilliant intensity. Largely you vacillate between über-feminine and hyper-maximalist. You favor standalone pieces by Marc Jacobs that photograph really, really well, as your picture appears in Jak + Jil, style.com and Japanese Mirabelle with unsurprising clockwork regularity. 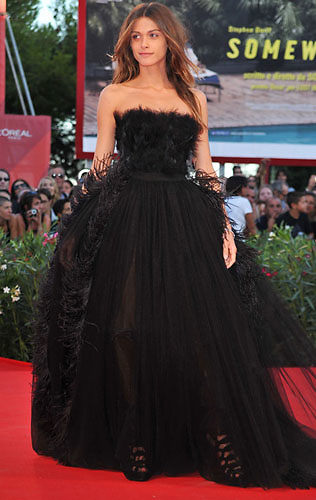 You are asked if you are Phillip Lim's muse so often it's getting rather tiresome. But you do live for his dresses. You've been impressed with Proenza Schouler's offerings as of late. L'agence created a PBS, perfect black shift (that scalloping!), so perfect you've worn it twice in the same month.  Shimmering chiffon done by Alexander Wang leaves you breathless (no small feat).  Loubs which shine and a KJL bejeweled brooch are spot-on accoutrements.

While it wouldn't be out of the ordinary for the day to call for five changes throughout, you're a staunch loyalist when it comes to your bag. You simply will not carry anything other than a Hermès Birkin for day and quilted Chanel for night. Your latest paillette-encrusted minaudière was gifted by uncle Karl.

In Your Jewelry Box: 'Animal lover' isn't really in the top 100 of descriptors one would use to describe you, but you will make an exception for a Cartier Panthère with jeweled teeth or a Hermès Collier de Chien. 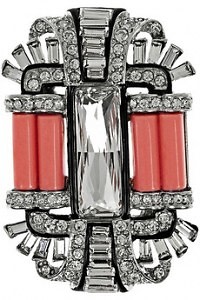 What to Sleep In: You believe in Interiors, capital I, and thereby worship at the radiantly overdone altar of fellow It girl Kelly Wearstler. Nothing thrills you quite like waking amid a tumble of Missoni pillows and taking your espresso macchiato in antique Limoges.

Your Beauty Regimen: You love reflective surfaces and your highly-polished coif is no exception. Brilliant lashes, courtesy of Dior, and sheen atop cutglass cheekbones, Chanel n'cest-ce pas?, complete the glittering portrait.

On the Lucite Bookshelf:  You speak in a shorthand so chic so as to be nearly indecipherable. This is not so much a luxurious affectation as a necessity to evade the inevitable eavesdroppers/ hangerson / coatcheck moles from realizing your deepest and darkest.  Your diction is flawless and your wit is Shun-sharp. Tolstoy might've bested Anna simply by capturing the feeling conveyed by one of your sardonically-lifted eyebrows. Vile Bodies by Evelyn Waugh is a well-worn favorite as you identify strongly with his brand of Bright Young Things, the primordial pre-digital you. The Jaqueline Susann trifecta has a prize place, of course. (Along with an accompanying Jonathan Adler Dolls jar.)  You fell in love with Valley of the Dolls' rogueish Lyon Burke but see yourself as The Love Machine's Maggie Stewart.  So too do you treasure the work of inheritor of Susann's Pucci mantle, Plum Sykes. 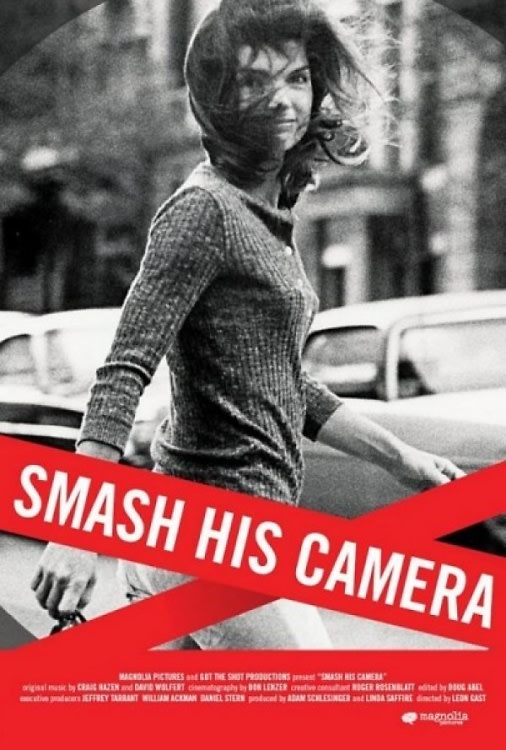 Favorite Flower: Peony, pale pink, heads as big as cabbages, which you have flown in from south of the equator when it's cold outside. You display the buds in a Rosenthal Fast vase. The out and out so very pretty paired with edgy art-in-motion porcelain really serves as quite a nice metaphor for you.

Signature Scent: Tom Ford Black Orchid. You just loved walking in his super-shrouded no cameras comeback show last September. And the women's line is finally out tomorrow.  Additionally, a Galliano Diptyque is forever burning with shrine-like intensity in your boudoir.

Where to Dine:  You don't much subscribe to New York foodie hype as your presence at any restaurant ensures its glam factor for reservation lists to come.  You like what you like and magically everyone else likes it too.  You order lobster pot pie at The Lion, spicy tuna at Blue Ribbon and burrata pizza at Gemma. You won't brunch anywhere other than the Waverly Inn, its esconced tranquility rather necessary après-sequins, Sunday Styles in Chanel specs an unbreakable next morning tradition. 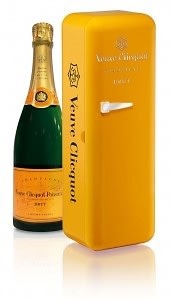 What to Drink:  All Veuve Clicquot Ponsardin, all the time. In your Veuve fridge. (You don't have to live somewhere ugly, so why should your champs?)

Gadget of Choice: Your purse pen from Louis Vuitton comes in handy for inscribing a multitude of very 'It' appointments in your brand-new 2011 Moleskine calendar.

On A Budget: The only thing better than expensive is rare and it goes without saying that you've mastered the latter in loads.  Frame a limited (read: impossible to get) edition poster in your drawing room. Of course, you identify strongly with Jackie O. You can sympathize with her paparazzi problem.

The Cross Dress: Every It girl needs an It Boy in his It Sport Coat.

[Pictures, clockwise from above: Carolyn Bessette Kennedy + JFK Jr. via Stylecaster; Elisa Sednaoui, Venice Film Festival; Kenneth Jay Lane Brooch via Net-a-Porter; Smash His Camera via Moviepostr; Veuve fridge via the Dieline.] To all a brilliant 2011!