We receive emails and comments all the time from readers who turn to our (not inconsiderable) knowledge of NYC for advice, so we've decided to take time out of our busy day of internet surfing to answer questions. Today: Kim needs a location for an office party in, gulp, Midtown!-

"Dear guest of a guest,

If it's not fun, everybody will hate me!"

quick! I need help! I'm in charge of finding a place for our office party at the end of the month, at which the head of our company will be present, so it has to be good!

I'm looking for a midtown bar that's semi-classy (aka not trashy, has a little personality, doesn't have "mc" in the title...), can accommodate a group, is good for after work, and is not as expensive as a hotel bar!

Oof, Midtown. Not our forte. Let's see what we can come up with. 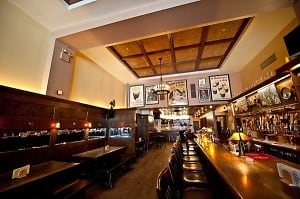 According to Michael Jackson (the beer guru, not the singer), The Ginger Man is one of the finest beer bars in the world, and we have to agree its definitely the most impressive beer selection in the city. The bar gets a great after-work crowd, but people generally keep themselves in check (aka Kim won't have to worry about drunk frat boys mingling with her boss.)

If Kim was worried about co-mingling with the happy hour enthusiasts, she could call ahead to reserve an area for her party (they don't have private rooms), for a certain drink minimum (depending on the number of people). 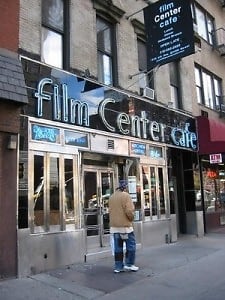 Film Center Cafe has a really good cocktail selection, and a pretty good happy hour (with discounted beer, wine, and select specialty drinks.) The cafe isn't exactly upscale, but manages to keep the riff-raff out (rowdier crowds tend to go to Rudy next door.)

It might be a perfect option for Kim's after-work party: the place doesn't really pick up til 10 or 11 (when all the nearby shows get out), and is relatively low-key at 6. This means that Kim and her coworkers could enjoy conversation with each other and not have to jostle for bar space. 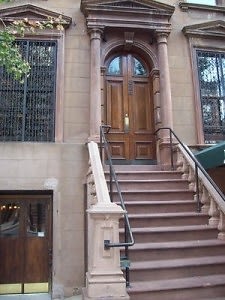 Bar Centrale might be a little bit out of Kim's target price range, but boy is it worth it. We can think of no better way to impress a visiting head of a company than by taking him to an unmarked speakeasy, just steps away from Times Square.

Ring the bell at Bar Centrale and it's as if you've walked into another world--or at least another era. Actors, producers, and journalists alike sitting in plush chairs, drinking sidecars while soft jazz music plays. (We don't know where Kim works--if it's a young start-up, then, no, maybe Bar Centrale isn't the right location...)

The bar is too tiny for a real big party, but if its a modest gathering of sober (at least in decorum) colleagues, it might be just the place. 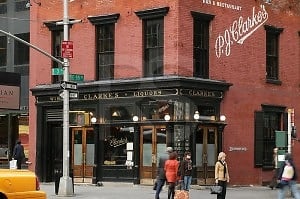