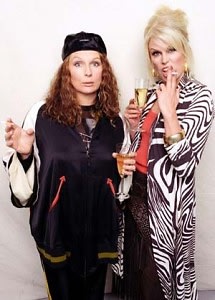 We receive emails and comments all the time from readers who turn to our (not inconsiderable) knowledge of NYC for advice, so we've decided to take time out of our busy day of internet surfing to answer questions. Today: What do New Yorkers mean when they call someone Eurotrash?

A journalist from "the continent" emailed us yesterday in response to reader comments on a post about Parisian nightlife impresario André Saraiva smooching uptown girl Annabel Dexter-Jones at Le Bain. The reporter very nicely expressed his distaste for the "eurotrash" label deployed (again, by a reader) in reference to Saraiva, Le Bain and contemporary New York nightlife. Here are the comments:

"the rooftop is nice but Le Bain is gross. a loud airless toilet covered with mildew and eurotrash."

"Wow talk about embarrassing for her... Eurotrash putting his hand up a "socialities" [sic] chest.."

"Gee, what a risque leaked photo...yawn. NYC nightlife these days is so Eurotrash it is pathetic. It seems we haven't moved on from the worst of the 70s (disco and bad blow)."

And here is a snippet from our peer's reaction:

"in the comments, I...read things like "Eurotrash" and not very kind words to describe André Saraiva... Is that resentment toward André Saraiva ? What do you think about that ?"

Now, while we can't speak for commenters, we can take a stab at describing the meaning and history of the "Eurotrash" descriptor. (Sadly, full etymology could not be researched thanks to the OED's $295 annual subscription charge.)

To begin, some "official" definitions: 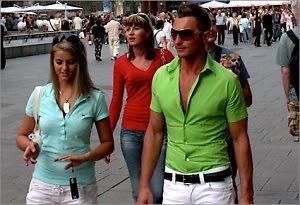 Per Dictionary.com, Eurotrash. n.: any rich socialite from Europe who lives or works in the US.

From Urban Dictionary: A human sub-phylum characterized by its apparent affluence, worldliness, social affectation and addiction to fashion. Males are characterized by a semi-slovenly appearance (including half-shaven faces), greasy hair, rib-hugging shirts, tight jeans and loafers worn without socks. Women are easily distinguished by anorexia, over-bleached hair, gaudy jewelry, plastic surgery (particularly breast-enlargement) and their attachment to the male species. Both sexes greet each other with "air kisses," immediately speak of their last trip (often Paris, Rome, Majorca), spend hours at "see-and-be-seen" restaurants and exhibit a world-weariness and pained sense of irony. (Example: "Let's view the Eurotrash at Cipriani")

It should be noted that Eurotrash is also used to describe a certain brand of art, typically opera, that became popular on American soil in the 1980s. An alternative Urban Dictionary entry for Eurotrash calls it "Post-modern, degenerate, trendy, or out-of-style European cultural phenomena masquerading as avant-garde High Art." And the word appeared for the second time in the Times in a 1988 Christmas Day review of "Gotterdammerung," the last entry in Wagner's Ring Cycle, at the Met:

"...the Metropolitan's version...stands out among recent ''Rings'' for its rejection of mindless updating and other theatrical faddishness...It is not safe to predict how successful the Metropolitan's departure from currently fashionable Eurotrash will prove to be..."

But most commoners today hear Eurotrash and associate it with Meatpacking District boîtes before Lincoln Center productions. Now, what (Louis Vuitton)  baggage does the word bring with it?

Eurotrash is from Europe (which in America also means England).

Eurotrash is, or appears to be, wealthy.

Eurotrash is stylish, albeit garishly so by the standards of more understated, or dull, Americans.

Eurotrash is either unemployed, underemployed or sufficiently indifferent to his or her job to arrive to work three hours after leaving a club.

Eurotrash has a penchant for Berlin minimal techno, but will occasionally slum it and enjoy Chicago deep house.

Eurotrash will flaunt his or her body and sexuality, often in pubic, and probably in the form of an exposed thicket of chest hair (the male Eurotrash) or defiantly natural, imperfect breasts (the female Eurotrash).

Eurotrash consumes drugs (mostly cocaine and ecstasy) with an abandon that shocks even narcotically-inclined Americans still saddled with Catholic/Jewish guilt and/or Protestant propriety.

Eurotrash wear sunglasses that could double as highway billboards, often while staggering out of Bushwick warehouse raves at noon.

Eurotrash is publicly skeptical of the American cheeseburger, but privately devours it.

Eurotrash will often shock and please Americans by saying he or she prefers America (read: New York, Miami, San Francisco, or possibly even Los Angeles) to Europe (read: London, Paris, Rome, or possibly even Berlin).

Eurotrash will find after hours parties that even the savviest New Yorker has never heard of.

Eurotrash thinks of the Concorde every day and cries. 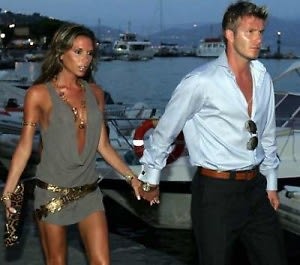 Is Eurotrash a pejorative? Despite it containing the word "trash," I say no. Eurotrash is merely another way to tag the people we see out at night. It's no more a slur than hipster, "socialite," frat boy, Carrie, Samantha, Miranda, Charlotte or B&T. OK, maybe it's not quite a term of endearment. And it's a bit sad that we need to label anyone remotely different than ourselves. But at the end of the day, or DJ set, we've all come together and stayed under the same roof.

As for Saraiva, you can bet plenty of red-blooded Americans will line up when he opens Le Baron this fall, trashy or not.