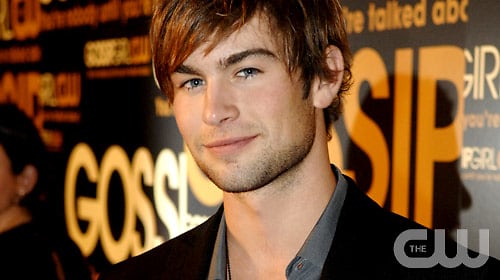 Last night's Gossip Girl found the gang party-ing it up at good old Marquee, which we had to smile about. I mean really, who hasn't rubbed elbows with the underage socialistas and wall street douche bags at that joint at least a couple of times? There were the obvious problems we had with the scenes which was to be expected. Here's how the conversation with ourselves played out in our heads:

"Wait, are you sure that's Marquee?....oh yep yep there's the stairs..there's the weird lights, the booths, that IS Marquee, but what the fuck is going on with the walls in the background?!..how the hell is she on a cell phone in there, it's never that empty or quiet!...Okay wait now they're outside, wait a minute that's not 27th street! Where are the police horses and guidos?! Wait, NOW they're in meatpacking?!"

In NY mag's weekly review they found similar problems. However, Marquee is so typical "big night out" in New York that we are willing to forgive their mistakes just to see the place dramaticized. While the characters were hanging out in a psuedo-Marquee, real life Chace Crawford (who plays Nate) is a patron in real life. Though left out of last night's episode completely, Chace Crawford is our (obvious?) favorite for best looking male on Gossip Girl and he is reportedly dating fellow southerner Carrie Underwood. After spending last Friday at Marquee, on Saturday night, the pair enjoyed a romantic dinner at Mario Batali's Del Posto restaurant and later a few drinks at Soho Grand before ending the night at the Gramercy's Rose Bar. From our Inbox we got reports that they were met there with the Gillian Hearst-Shaw's wedding group including Fabian Basabe, Dabney Mercer and Killean van Rensellar. Chace and Carrie joined the group as well as Ali Smith from AX. Chase is apparently in real life the sweet southern boy he comes across as in photos.