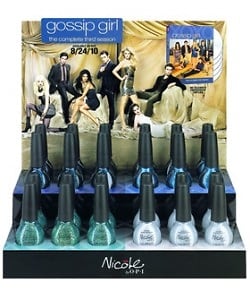 Want to look like Serena Van Der Woodsen? You're shit-out-of-luck. But now, thanks to O.P.I., a teensy tiny fraction of your hands can! Hey, we'll take what we can get.-

O.P.I.'s younger diffusion line, Nicole by O.P.I., has released a set of four nail polish shades inspired by the Gossip Girl cast. Colors include "Nicole ... Spotted!" green, "Too Rich for You" blue, "Scandals, Secrets and Sparkle" silver and "Party in the Penthouse" blue.

While we'd much prefer a nail polish line directly inspired by individual cast members (remember reading about Serena's deep red "Gash" Urban Decay lip gloss in the book series?), these four shades look like a fun idea for the show's younger fans. But ... what if the characters did have their own nail polish color? Hey, O.P.I., take a hint: 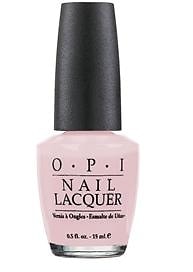 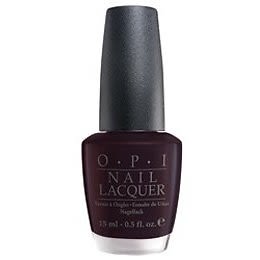 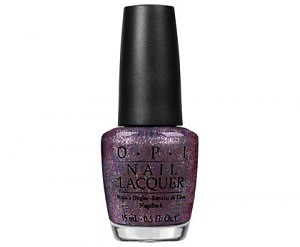 O.P.I.'s "Mad as a Hatter" is a sparkly, purple mess that we might have worn in elementary school (or while on an Acid trip in Amsterdam), which reminds us of eccentric globe-trotting Gossip Girl character Vanessa Abrams. 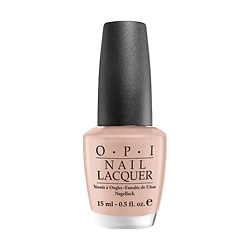 Demure with just the slightest bit of scandal in the title: "Sand in my Suit" is the perfect shade for Lily Van Der Woodsen to sport while having an affair with an ex-husband (or two) in Palm Beach. 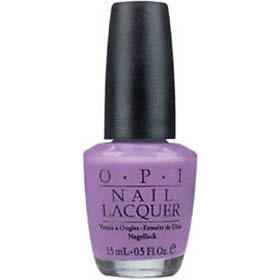