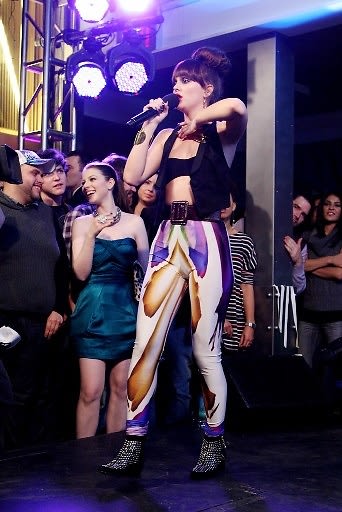 Go HERE for more photos by Lenny Emery, and tag yourself and your friends!

Uhm, did Dorota pick up the wrong dry cleaning? In a complete departure from her buttoned-up Blair Waldorf character, Leighton Meester let loose last night when she performed at the American Eagle Times Square Store. Judging from the incredulous faces of Gossip Girl co-stars Jessica Szohr, Michelle Trachtenberg, and Matthew Settle, this is a a whole new side of Leighton.

While she was singing (yes, no lip-synching!), Leighton was sporting a set of bangs that she definitely didn't have when entering the store. Initially, they seemed like clip-ons, but upon further investigation it was discovered they were actually her ponytail flipped over and clipped into place. The next big look? Leighton sang directly to her boyfriend multiple times during the set, but also did some grinding with her hot American-Eagle clad male back-up dancer. We're all waiting for a comment on Sebastian Stan for that one... 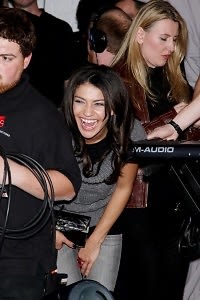 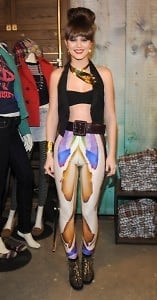 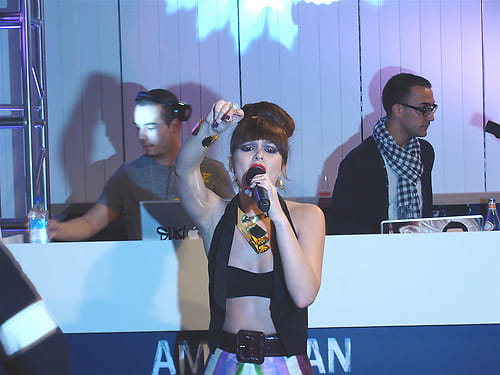 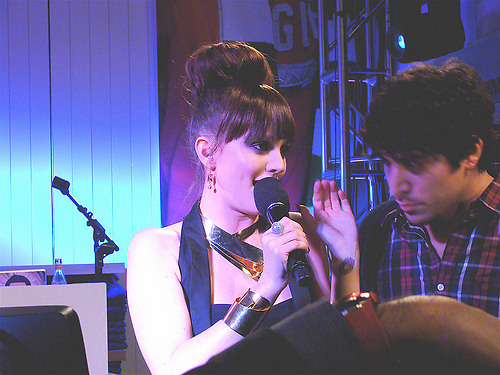 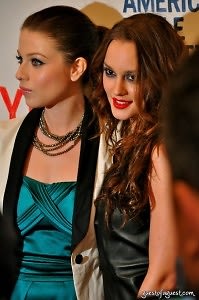 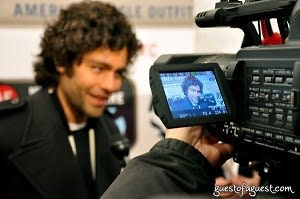 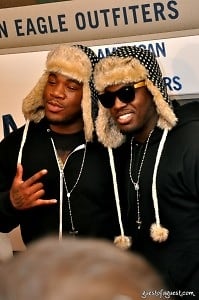 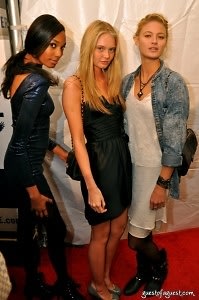