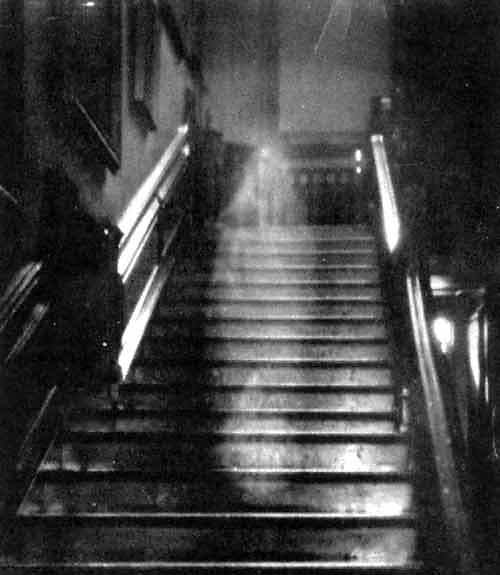 Let's face it, haunted houses and slasher flicks can be scary but you always know in the back of your mind they're fake. For those who really want to get their spook on, New York offers up some authentically ghostly spots to test the paranormal and your scream reflex.

For those who get freaked at museums, this is perfect for you. This brick family home has been preserved since 1832 when it was home to Seabury Treadwell, his wife Eliza and their eight children. Nearly 100 hundred years after moving in the last remaining family member, Gertrude Treadwell, passed away in an upstairs bedroom.  Six years later it was turned into a museum and you have to figure the ghosts can't be too excited to have tourists popping by all the time. Think of how pissed you get trying to walk through Times Square during the X-Mas season.

Be careful if you are walking through the park alone at night. It's not just muggers, hobos and crazies you need to worry about. The park was used during the American Revolution as a hanging ground and is the burial spot of 15,000 bodies, all of which are still there underground. 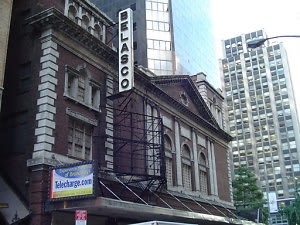 In 1931 David Belasco, the theaters builder and name-sake passed away in his apartment on the top floor. Actors have claimed that he is still on the grounds and tries interacting with them by shaking their hands. He has not, as of yet tried to break any legs (ba-dum-dum).The elevator, which is disconnected, is said to be heard running.

Back in 1799 twenty-two year old Juliana Elmore Sands lived in Lispenard's Meadow, now home to Soho. She was secretly engaged to Levi Weeks when he murdered her and threw her down a well. This well still exists in the basement of the bistro in what one can only imagine to be The Ring-style. People have spotted Juliana, known as The Ghost of Soho, in the area and whenever a waiter drops a plate, you can guess who is blamed. Weeks, for his part, hired Aaron Burr and Alexander Hamilton (of the famous shoot-out duel) to represent him and was never charged.

Underclassmen at NYU have plenty of frightening tales, most including marijuana and sexting, but none can give a case of the hibeejeebees like tales of Brittany Hall dorm hauntings. Investigated in 2005 by Paranormal NYC after getting a number of calls from students who saw lights flickering and felt they were being watched, the experts final opinion: It's just “residual haunting” which is disturbed energy caused by “c 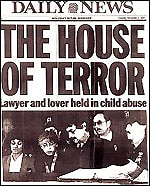 ollege students under stress.” If this does not make sense to you (like me), perhaps it was too much smoking and goofing off on the phone instead of studying?

Yes, the brownstone at 14 West 10th Street is actually known by this title, as well as 'The House of Terror,' or less chillingly, the home of Mark Twain. Twain actually only lived there for a year, from 1900-1901, but died in his room and apparently not content with either Heaven or Hell, is said to haunt the stairwell.  Some twenty-two others have died there but perhaps the most sad case is Lisa Steinberg, a six year old who died from child abuse in one of the apartments in the late '80's.

According to Joyce Gold of Joyce Gold History Tours of New York, Peter Stuyvesant, who is buried in a vault under the chapel, haunts the church. After being hit with a cannonball he had to have his right leg amputated and in it's place he wore a wooden peg. People have said they can hear tapping against the hallowed floor.

Eliza Jumel, original mistress of the city's oldest mansion, is said to roam around in a purple dress, tapping on the walls and windows. And she's not the only one. Her husband supposedly communicated to Hans Holzer and Ethel Myers during two "rescue séances," that he was killed by Eliza when she ripped the bandages off of a wound he got falling on a pitchfork and then watched him bleed to death. A young servant girl who committed suicide still lurks in the night and a painting depicting an American Revolution soldier comes to life because the whole marital murder and pitchfork thing wasn't creepy enough. 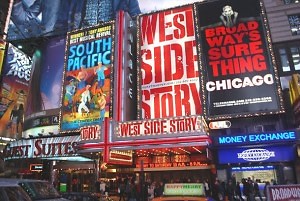 Some 100 different ghosts have been seen by former patrons, performers and ex-employees who claimed a number of incidents like spotting a little girl on the balcony, a cellist in the orchestra pit, and Judy Garland near a private door. Burning cigarettes have been smelled where a former manager committed suicide. An acrobat that broke his neck while performing haunts as an "omen ghost," and is sure to keep you far away from the theater. If you go and do see him, you will soon come to your death.