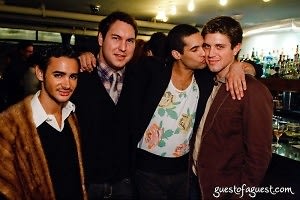 Yesterday we posted our picks for the season two cast of High Society. Of course, our list was pure conjecture/wish list. Soon after we posted, we got a tip on who's really been contacted by the producers of the show...- 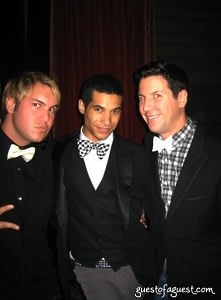 The two names that have been supposedly added to the mix are much better fits (this is why we aren't casting directors!) Adrien Field and Gregory Littley, according to our source, have both been contacted by producers, though they're staying mum about it.

Littley totally makes sense as a cast member--he's friends with Tinsley, AND Paul Johnson Calderon AND his fame game profile pic is of him with Devorah: the High Society Trifecta! Littley works in publishing and creative consulting.

Adrien Field is our personal favorite Season 2 possibility. (Way back in 08, we wrote about his stylistic resemblances to PJC.) The diminutive blogger first caught our attention when he started working as a correspondent for the now-defunct TMI Weekly. He defected around the same time pal Mary Rambin did, and now just writes for VIBE, and more importantly, "The Field Notes",  which is basically an unabashed ode to hedonism, fashion, and, uhm, himself. He can definitely hold his own against the other characters of the show--and judging by our comments sections whenever we write about him, people have VERY strong 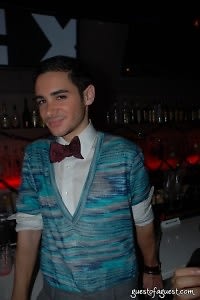 opinions of him. Perfect for reality tv!

What do you guys think of this new casting development?