The Christmas season officially kicks it up a notch tomorrow: SantaCon is back. Intrigued Times reporters dissect, confused tourists snap pictures and buttoned-down locals complain. But most importantly, drunken St. Nicks go on the yuletide bender to end all yuletide benders.

It's hard to imagine now, but SantaCon originated as a (still boozy) performance artsy "culture jam" organized by The Cacophony Society, a vaguely anarchic San Francisco organization with its roots in Dadaism. The modern art components of the outing have been somewhat obscured since the initial outing in 1994, but sometimes you have to

compromise your core principals a bit to really make it big. And SantaCon certainly has.

Hopefully the biting cold will have eased up a bit for the day-long stumble through the city. But if not, there will plenty of potent spirits to keep revelers warm. And failing that, heed one of Santacon's other guidelines and "Let people sit on your lap." 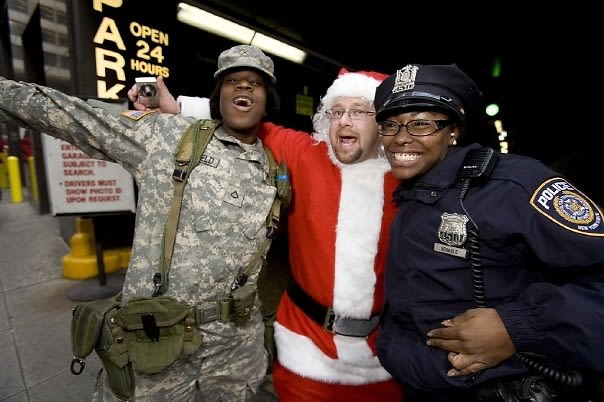 Better be especially nice around these folks. 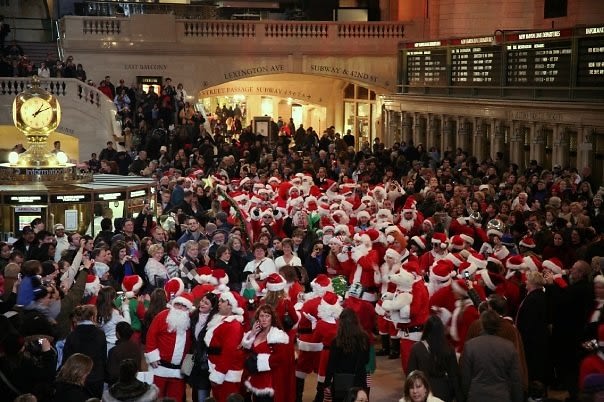 Nothing unusual here. Just trying to make the 6:43 to Larchmont. 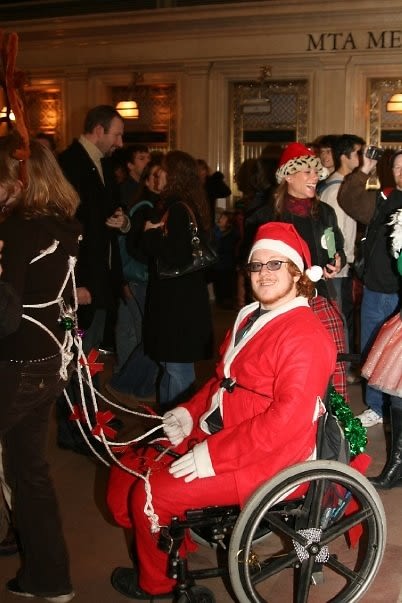 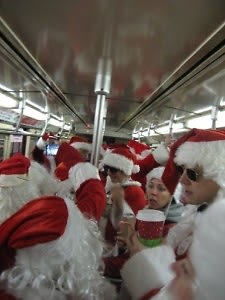 If you see something, sleigh something. 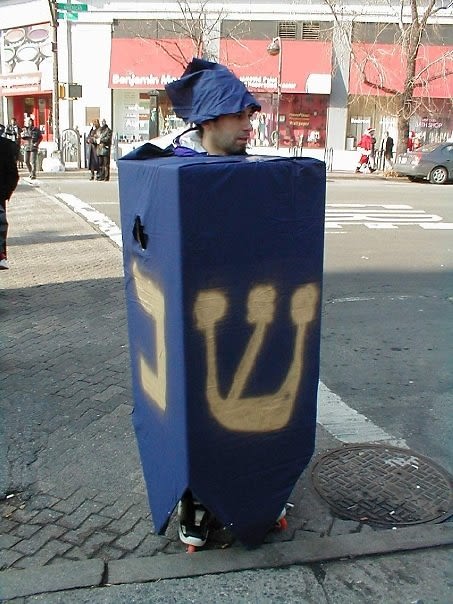