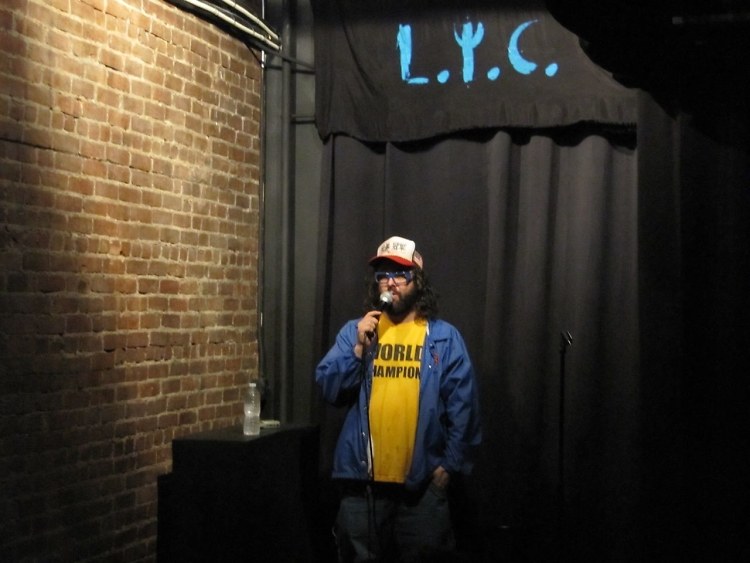 Comedian Mike Trainor stands at the mic, a black mystery box not unlike a chorus room piano perched at his right, the perfect surface for an emphatic slap or two.  He is currently unsatisfied with his audience, an attitude that is seemingly part of his schtick.  He’s recording the set, he says, and is (quite sarcastically) looking forward to hearing how he sounds speaking to a disengaged crowd from a venue that looks more like a hallway than a comedy club.

The joke draws laughter; after all, the long, bare brick, dimly-lit Laughing Devil Comedy Club in Long Island City does have a shoebox quality to it.  Then again, the club has attracted well-known comedians such as 30 Rock’s Judah Friedlander and steady audiences since opening just over six months ago.  So we’ll give club owner Steve Hofstetter the last laugh.

We sat down with Hofstetter, himself a successful comedian, before last Friday night’s show to talk stand-up, hate mail and more.