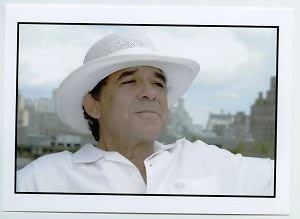 If you have ever stepped foot inside the member’s only Soho House, there’s a very good chance you have seen Roberto Monticello. My fascination with the man began, I’m sure, not unlike many others before me. Word of mouth: “See that guy in the yellow shirt and red blazer? They call him the Mayor of Soho House," exclaimed my friend last Tuesday night. I watched as dozens of people passed by to pay their respects. Always jovial in spirits, this man appeared to know everyone in the room. At least they all knew him. When he took his throne in the chair outside of the 6th floor elevators, I made my move.

“Hello. I heard you’re the Mayor and I would like to meet you.”

“The Mayor of Soho House sir.”

(laughs) “I am the Mayor maybe, but the Mayor of Meatpacking is a better description.”

So...how exactly does one become the Mayor of Meatpacking? 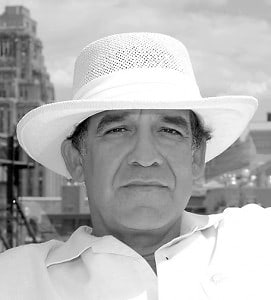 Roberto Monticello moved to Manhattan over a decade ago, (he currently also has homes in Brazil, Paris, and Cuba, his home country), and has since spent the majority of his time living in an apartment across the street from the Soho House in Meatpacking. He has seen the area, a place he calls “The Wild Wild West,” change hands more times, and be home to more characters, than I could ever dream up. He can tell you stories that would make you question your own survival skills, should you be caught on Gansevoort street back in its pre-Bloomberg/Giuliani, pre-Sex and the City, pre-Soho House days. But Roberto is a survivor. And if this neighborhood, in this city, in this country, EVER holds a story of survival to accompany its “mayor,” may it be as rich as Roberto’s...

Surviving the streets of Meatpacking is just a small feat in the course of this man's life. Some of his milestones, both artistic and humanitarian, include:

-Swimming for his freedom in Guantanamo Bay at 17; -Directing 56 plays (writing 19 of them), writing and directing over 28 films in 9 countries; -Journeying to Ethiopia three times during the famine, once as a refugee camp director; -Surviving beatings in South America while traveling in pursuit of Nazi war criminals; -Living with Peruvian Indians in the Andes; -Recording human rights abuses in Afghanistan during the Russian presence; -Accompanying the U.N. at Hotel Rwanda; -Suffering 3 gun shot wounds, one in Guatemala, where he was investigating the killings of Native Indians; another, taking medicine to his home country of Cuba (see below), and the third in Darfur (on his 4th trip there), where he was on a mission for the Red Cross; -Bringing boatloads of medication twice a year back to his home country, Cuba, and working to end the U.S. Embargo and Travel Ban there; -Winning the Film Humanitarian Award from the Queens Film Festival; -And playing host to several hundred guests that consider him “friend” at Soho House, NYC. As one of the first members of the place, Roberto has seen its evolution over the years. From the banker-y crowds that accompanied the post Sex and the City hype, to the new group of artists and creatives that hold their meetings there, it is now Roberto's second home.

“I fell in love with New York City while writing and directing plays in Spain,” said Roberto on a recent phone call, “New York is a city of survivors, and I knew I wanted to live there.” 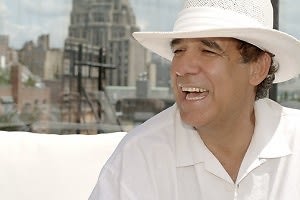 Roberto on a favorite memory of the “old” Meatpacking days: “One of my first days moving to my apt (on 14th and Hudson) there were a lot of S&M clubs underground. I remember walking outdoors and seeing a heavy set guy covered in cuts and bruises sitting on the sidewalk. He was completely beat up. ‘My friend, my friend, let me help you, please’ I said. He looked up at me and had a huge grin on his face. ‘I had a wonderful night!’ he said. This guy was just so happy. He was beaten up to a pulp and just so happy. “

On the Soho House: "I like to get out and go other places. Like Monkey Bar, I was just there recently. The problem is you can't ever really relax there. What I like about Soho House is you can relax. It's like an extension of my apartment."

On where he likes to hang out in Meatpacking (besides Soho House) “I like to wander around to all of the shops. I used to frequent Pastis until the area saw this ‘attack of the bottles’ type of crowds. I like San Cubano, Paradou, Macelleria…”

(And, the Apple store, where Aaron Smulktis recognized Roberto from the neighborhood and has since started the job of creating his official website-Roberto himself doesn’t get much done through email, "I get hundreds a day, it's too much.")

On The Highline: “The Highline is really really great. That area between the Highline and Riverpark is very desirable real estate. The area is booming."

On The Boom Boom Room: “The thing that first struck me about the Boom Boom Room was the incredible view. You can see so far. Now, I don’t like to look to New Jersey too much you know, but the view is just amazing from up there. I have only been four times but the key is the view.”

On his style: "I have my closet divided into three sections. One is for summer, and its all white everything. One is for fall and spring and it has a lot of red, yellows, and greens (note, each time I've spotted Roberto he's had on his yellow shirt and red blazer, the same one in THIS video). And lastly is winter, and that is all black. From about November to March."

On B&T/Tourists: "They seem to multiply every time you walk outside. I try and avoid the crowds on weekends especially. That's why I go to the Soho House. They can't get in there ha."

On Religion: "All religions are the same. Do not harm anyone over religion."

On this interview: "I never wanted to become a public figure. But now I see the good it may do for the causes I'm working on. To create films that bring to light the realities of the suffering going on in the world it takes funding."

Although my "survival stories" are pale comparisons to Roberto's, I, like so many others, feel a connection to him. Perhaps it's the way he seems to make the whole world seem at ease. The calming reassurance that you will make it through this...whatever "this" is for you right then. That you will survive it.

Today, the Meatpacking District is alive and well, and Roberto Monticello isn't taking his office duties lightly. I can't wait to hear more of his tales from the "Wild Wild West," at a table at the Soho House, or perhaps spot him at another party to benefit Darfur, or take that trip to the top of the world the Boom Boom Room together that we keep talking about. Regardless of when these may occur, I'm not particularly worried about it...after all, I know where to find him.

To find out more about Roberto's work, or to make a donation to one of his latest films, contact:

or just stop by the Soho House...where the Mayor holds court.