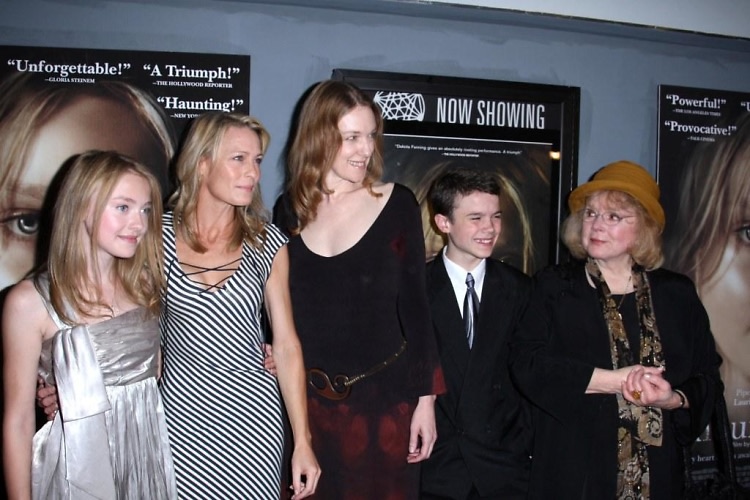 Dakota Fanning is all grown up!  And she is a better dresser than all of her older cast mates.

Hounddog has made it to the big screen and it's NYC premiere was last night at the Village Theatres.  You remember Hounddog, the movie that premeired at last years Sundance and caused a big debate regarding the "rape" scene that 14 year old Dakota Fanning acted in.  This is the second time Robin Wright Penn has worked on a Deborah Kampmeier movie involving a rape; the first was the 2003 film Virgin. I haven't seen a photo of Dakota in awhile, but this girl is well on her way to being a woman.