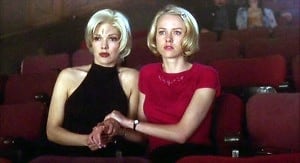 Plopping down in a pitch black movie theater so cold you could hang meat inside is a time-honored way to beat summer's insufferable heat. It's a pity that during an already hellishly hot summer, summer movies are letting us down more than an AC on the fritz.

To be fair, summer has been dismissed by critics and film snobs as a lackluster movie season ever since the age of the blockbuster dawned with Jaws in 1975. Almost immediately, action movies and their innumerable sequels dominated the weekends between Memorial and Labor Days. They weren't all bad, especially the ones directed by the man who created the monster, Steven Spielberg (Jaws, E.T., the Indiana Jones movies). But blockbusters monopolized so much of the summer audience--young kids out of school with wads of disposable income--that they relegated more serious, sometimes pretentious, movies to an art house ghetto that thrived between Labor Day and Christmas. And, waddayaknow, that season came under fire for its relentless assault of increasingly generic Oscar bait.

Still, it's hard to remember a more forgettable summer than this one. Take a look at review aggregator Rotten Tomatoes and you'll see that the top 10 movies at the box office last weekend averaged a lowly...average of 48%  positive notices. And that's with the help of (almost) universally adored Toy Story 3, sitting pretty at 99% "fresh," and one of only two movies to cross the 70% threshold, generally seen as the cutoff for a well-reviewed film. (The other is Get Him to the Greek, at 72%.) 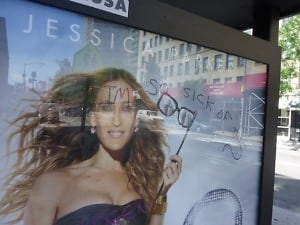 Depressingly, audiences showed up in droves for Grown Ups (10%) and M. Night Shyamalan's widely panned The Last Airbender (8%). Less depressingly, at least for the dying breed of movie journalists, critical and audience tastes are increasingly aligned. If only they didn't agree on crap.

No accounting for taste though, right? Unfortunately, there's been an exceptionally severe drought of indie movies this summer too. (And, of course, just because a movie is independent or small doesn't mean it's good.) Most critics were fond of Solitary Man (82%), Cyrus (78%) and I Am Love (83%), and fell over themselves praising Winter's Bone (94%), but the pickings for token summer indies remain slim.

Maybe the recession is to blame for the famine. Movies coming out this summer were likely in pre- or early production financing stages when the bottom fell out in late 2008. Or maybe it will be a really great fall. 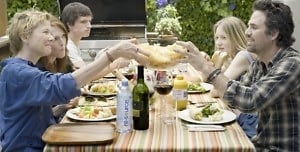 Potential bright spots on the horizon include a thinking man's action movie (Chris Nolan's Inception) and the discerning cineaste's dream: a lesbian dramedy that wowed Sundance crowds and stars Julianne Moore, Annette Benning and Mark Ruffalo (The Kids Are All Right).

But it could be a day late and buck short, especially considering the true cinematic dumping ground that is and always will be August. We need the cold comforts of the movies this summer. It's hot enough to lightly fry an egg on the sidewalk. It's no time for Hollywood to have egg on its face.