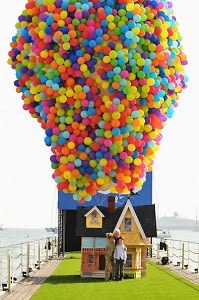 The 62nd International Cannes Film Festival kicked off in France today, and, the highlight of the day was the "Up" Photo Stunt at the Carlton Pier.  This Disney-Pixar animated film is a comedy adventure about a 78-year-old man (played by Charles Aznavour), and an 8-year-old boy (Tom Trouffier) and the hilarious journey they go on into a lost world. It's the first time an animated film has opened at Cannes EVER, and we can't wait to check it out on the big screen. 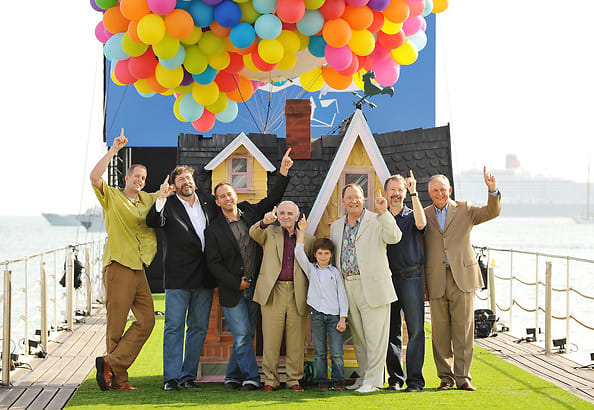 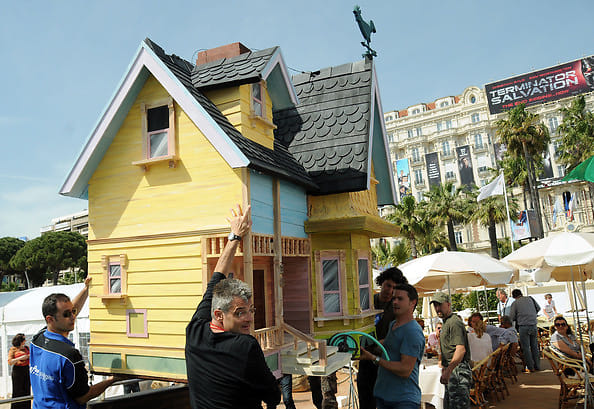 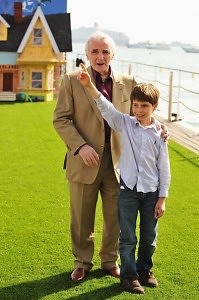 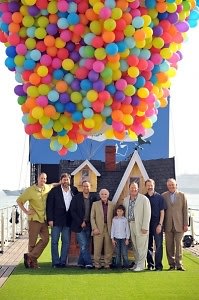