Note from Editor: Last night at the legendary "Jazz corner of the world" Birdland, Pamela Luss gave a private performance for a very lucky select group. My favorite designer Keith Lissner (see bottom of post) was there to report back for us:

I must admit, when I was invited to Birdland to see Pamela Luss perform on a Monday night, I was less than thrilled. After all, with only 2 more episodes of Gossip Girl airing this season, I had no intention of doing anything last night other than sitting on my couch in my most comfy sweats with my boyfriend, dog and take-out Chinese. However, I was forced to set my DVR when good friend and PR hotty Nick Dietz sent me the text to join him and a small select group to take in a performance by Ms. Luss. Truth be told I have always wanted to visit Birdland. It is the home to such Jazz legends as Charlie Parker, Dizzy Gillespie, Thelonious Monk, Miles Davis and John Coltrane, just to name a few. As Charlie Parker once said, it is "The jazz corner of the world".

So, I pressed record, wrapped myself in one of my signature scarves, kissed my man and mini-schnauzer adieu and hailed a cab to 44th street."

I suppose one might say I have become rather jaded in my 7 years living in Manhattan. Often times I feel as if there is really nothing left to experience. Most events seem to be the same old thing wrapped up in a slightly different package. However, this does not hold true to what I experienced last night. In fact, the only thing familiar to me about last night was the girl at the door with "the list", otherwise I was in foreign territory. As the hostess led us up the stairs to our table I noticed my fashionably late arrival was not fashionable at the Birdland. The audience had clearly been ready and waiting for Pamela's performance for quite some time. The stage itself was small and intimate, surrounded by tables of eager Jazz goers. In fact, our little party of socialistas, appeared to be the last people to arrive for the performance.

The lights went down and Pamela took the stage. For those of you not familiar with Pamela Luss, she is the kind of beauty that needs no introduction. The moment she stepped into the lights, all the men in the audience simultaneously gulped as their wives and girlfriends shot them dirty looks. However, all jealousy vanished immediately as her warmly elegant voice engulfed the air with Jazz. I admit, I am no jazz expert. I am not qualified to critique this performance from a technical stand point. However, my goose bumps have never led me astray, and when I was covered in them, I knew I was in for something special. I suppose you might say a night with Pamela feels like stepping into a warm bath infused with your favorite salts (for me that would be Tracy Stern's Salon Tea bath salts, The Romantic blend). The combination of her breath taking vocals, disarming appearance and casual performance style kept the attention of even the most jaded fashionista in the room (me). I didn't look at my blackberry through the entire performance (ok, maybe once, but for a good reason). In fact, by the time she sang her rendition of Get Here by Brenda Russell, Gossip Girl was the furthest thing from my mind. 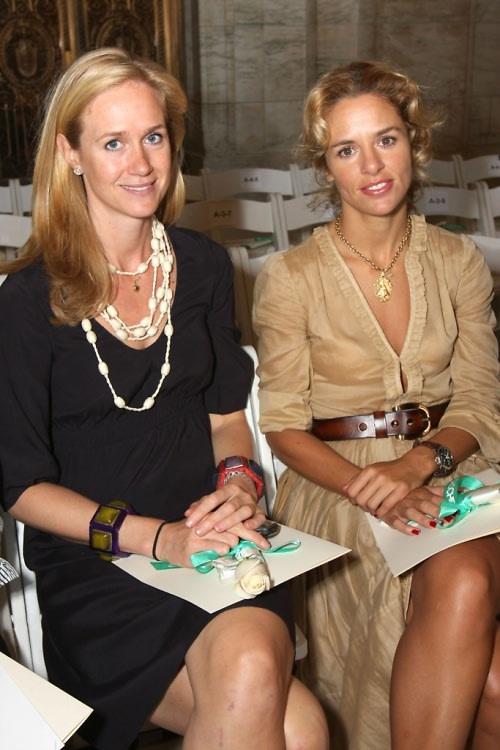 It turns out this little Chelsea boy was thrilled to have been dragged away from the flat screen last night. As you know, we gay boys love a good diva, and I j'adore this jazzy diva du jour!!

Designer Keith Lissner "Loves fashion without apology." And he "designs for an intelligent, evocative woman. A woman with a great sense of self, power and pride." Born in Chicago, and knew he was always destined for a career in fashion. After studying womenswear at the London College of Fashion, he relocated to New York and designed for Perry Ellis and then onto womenswear for Ralph Lauren. He took the plunge and left Ralph when he founded his eponymous line "Keith Lissner" The women's ready-to-wear designer collection is influenced by everyone from Coco Chanel to the Marchesa Casati to Jackie O. Keith’s gowns have draped everyone from Janet Jackson, to Charlize Theron, to New York socials like Paris Hilton and Leven Rambin, just to name a few.