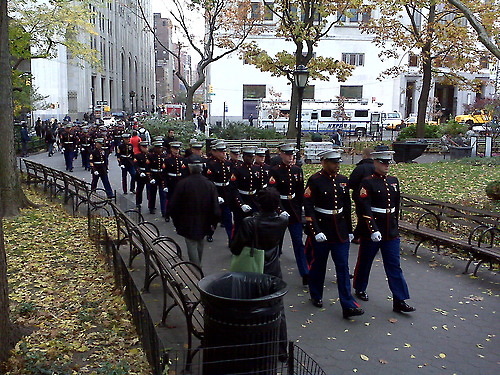 Ok, ok, they're not going to Shake Shack, but rather getting ready for New York's Annual Veterans Day Parade. The parade starts at 11:00 am at 23rd and 5th (right where the Marines above are assembled), and up to 57th and 5th. Mayor Bloomberg will march along with the parade until he gets to the Public Library, where he will sit in the Reviewing Stand. Happy Veterans Day! [via].