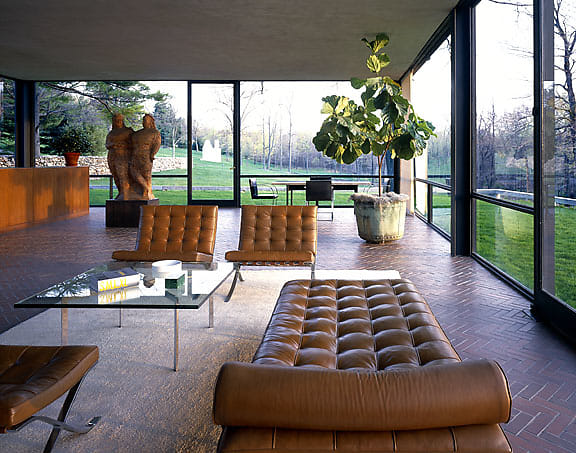 We all remember the famous adage from our youth, "Those who live in glass houses shouldn't throw stones".  This is the exact kind of advice Philip Johnson must have headed when he built his famed Glass House on his property in Norwalk, CT.  Certainly an architectural masterpiece (in the modern form), the house's minimalist steel post and lintel framework, and large glass windows allow its outside environment to frame the experience of those living inside. 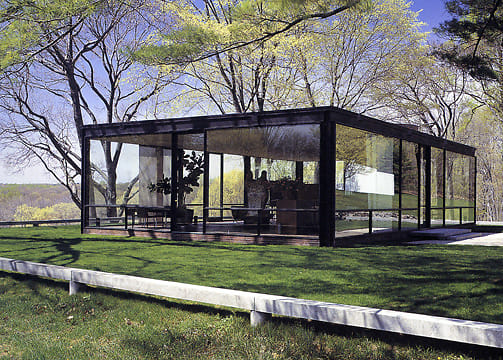 I also love the brown Barcelona chairs (though I would have picked black, not brown).  While I'm not the biggest fan of modern work, I can certainly appreciate what it is trying to accomplish, and anyone who has gone inside the Midtown Four Seasons restaurant will know what I mean.  Though it was built in the 1960s (by Philip Johnson), it still feels cutting edge and holds up to the test of time.  In addition, you can order cotton candy for desert which is always a plus!

In any event, good news is that the estate of Philip Johnson has opened his famed Glass House to the public.  The opening luncheon on the 23rd of June will include guests Agnes Gund, Peter Brant and Stephanie Seymour, Aby Rosen, Richard Meier, and Robert A.M. Stern.  The bad news is that the house is completely sold out for 2007, so those who want to see it will have to wait a while.