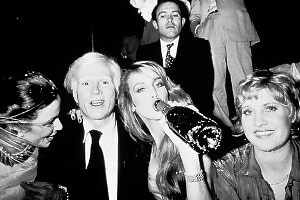 We all have a favorite Polish joke (submarine with a screen door, anyone?). But starting tomorrow, Polacks will annex visit NYC for the 10-day Unsound Festival. The scoop on rarely screened Warhol movies, dusk to dawn dance parties and a history of the Studio 54 days (from a man who claims to remember them) below.

Credit goes to Mat Schulz, who started Unsound in Poland seven years ago, for bringing it to our shores for the first time.

Despite his outsize influence on modern art and the downtown scene, famous Pole (heh) Andy Warhol's movies are rarely screened, even in the crazy city that inspired them. Frankly, this is not without reason, as the glacially paced improv sessions (often set in the infamous Factory) can be a bit of a drag. Still, they are required viewing for any self-proclaimed Warhol fan, cinema buff and true blue New Yorker.

I've raved about the Bunker party before. So imagine my delight to see that the righteous dance marathon, usually held on first Fridays, will have three editions during Unsound's run. As per usual, these suckers will host a bevvy of top-notch DJs that will have you dancing from 10pm to (and, not to blow their cover, but often past) 6am at Williamsburg's Public Assembly. The festival's Bunker installments take place on Fridays the 5th and 12th and Saturday the 13th. 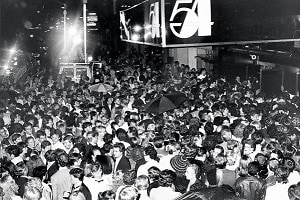 The story of the last two or three years in music has been the highly unlikely return of disco. After decades of nearly universal critical and popular derision, the happy genre has made a comeback thanks to local artists like The Rapture, LCD Soundsystem and, ushering disco and bubble dresses back into the mainstream, Lady Gaga.

See pioneering disco critic and survivor of the bonkers 1970s NYC scene talk about the music and the people and places behind it. Ask him if the Boom Boom Room even begins to compare to Studio 54. We dare you.