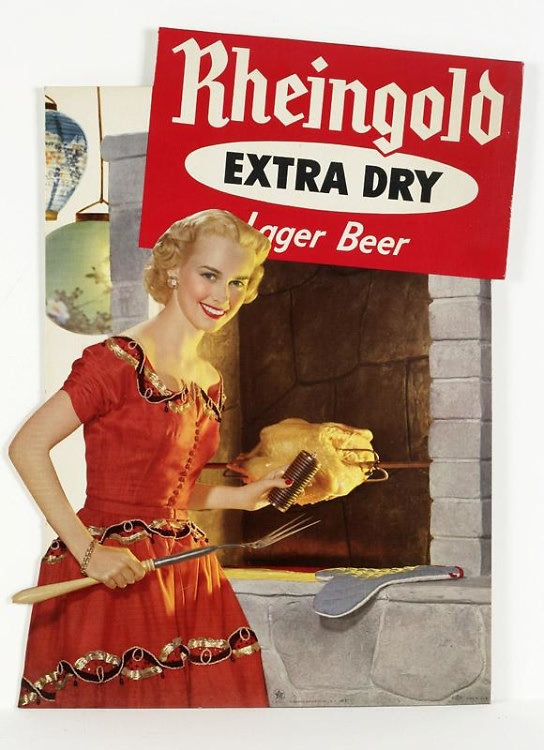 Just in time for summer, the New York Historical Society is diving into the American pastime of beer drinking with their new exhibit, Beer Here: Brewing New York's History. With warm weather rapidly approaching, beer is on everyone's minds and there's no better time to learn about the city's history with the libation than now.

According to the official website, the exhibit, which is open at the New York Historical Society through the end of the summer, explores

"the social, economic, political, and technological history of the production and consumption of beer, ale, and porter in the city from the seventeenth century to the present."

In the exhibit, visitors can learn not only about the evolution of beer in New York, but also about the many types of beers that have been popular over the past few centuries. We learn that in the 1840's, because New York lacked clean water, beer was considered the safest beverage. The Times reports that the exhibit shows how New Yorkers embraced the now over-looked medicinal qualities of beer, and on display is,

"One box of Medico Malt With Hops, from the turn of the 20th century, [which] proclaims the product to be “A Nerve Tonic, Sedative and Reconstructive."

If all the information the exhibit has to offer is making you thirsty, museum-goers can relax with a cold one at the end of their tour. A number of the city's breweries will be on hand all summer to offer informative (and tasty) beer lectures and tastings. Click HERE for the complete schedule of beer tastings and click HERE for more info on the exhibit!