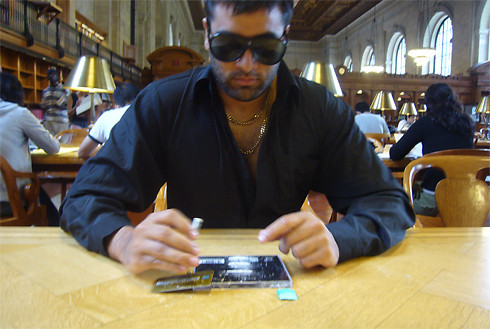 As if you needed any more assurance that snorting snow in this city was safe, Radar's cutting edge experiment has given us some pragmatic evidence.  They sent their own Neel Shah to various places around the city "armed with a baggie of confectioners' sugar and our lawyer's phone number."  First stop was Starbucks where Neel snorted it up in line and was completely ignored, and even got a chuckle from the guy he offered it to at the milk counter, saying he would love to partake but was "scheduled to deliver a presentation at his ad agency in 20 minutes."  Next, at the New York Public Library, Neel spent time setting up and blowing lines while asians were trying to study.  He met some resistance but noone made any threatening remarks.  He ended his journey at Carter's Waverly Inn where Diane von Furstenberg and Jay McInerney were both enjoying dinner (seperate tables).  He was caught snorting up the powder around many a wait staff and, not surprisingly, didn't even get a glare.  Well, there you have it folks, huff away.  At least you have something to look forward to after those 80 hour work days. 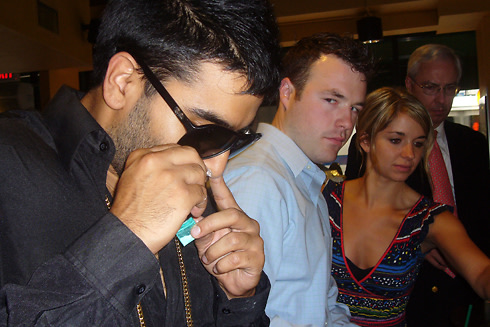