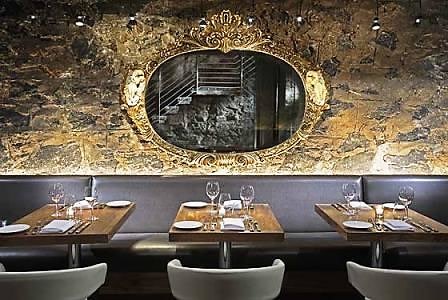 Last night we went to D'OR, the lounge underneath Amalia for an event put on by our friend Ian Gerard and his Gen Art. We spotted several hipsters, artists, and fashionistas. Translation: gay guys, girls without real jobs and Tommy Hilfilger. Ha. Our favorite was when we overheard two girls' conversation regarding the lack of men at the party. It went something like this:

Girl #1: "God, New York is getting so unimpressive to me lately. Should we stay for another free dried chicken stick thingy or move on?"

Girl #2: "Let's bounce, it's 9:00 on a Monday night, the father of my children is working right now, not tying to refind his youth with a glass of watered down stoli in his hand." 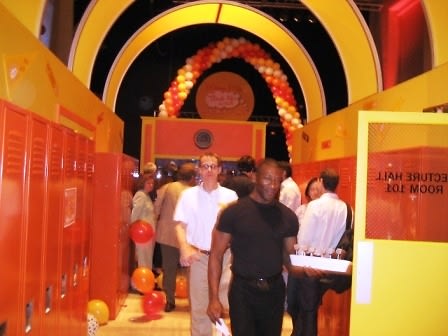 We decided to leave shortly after as well. On to stop #2 which we are still trying to make sense of today. It was on 15th street and Union Square east, in that big old white pillared building across from the park. The invite said "Meow Mix Back to School Party" featuring performance by Kate Deluna and Special Appearances by Iron Chef Cat Cora, Vincent Pastore ("Big Pussy" on "The Sopranos") and "Fantastically Catered Delectables. We however went because of the "Open bar all night", that and the fact that we had no idea what a "Meow Mix Back to School Party" entailed. All we can say about this strange strange affair was that whoever is behind the company that makes the cat food Meow Mix has a lot of dough to throw away and is really obsessed with cats. Also, they did a good job picking out the wait staff. Here are some pictures we took from the "a-CAT-amy". 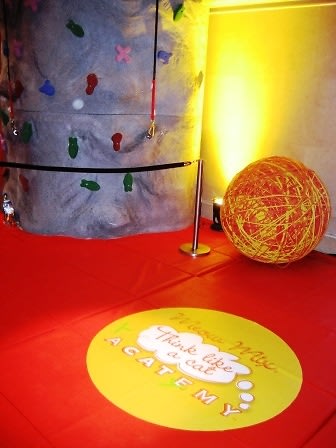 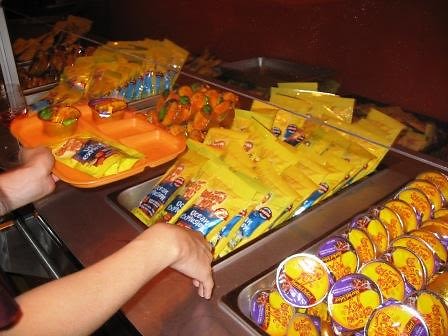 And other pictures including a view into the gym, the "cool cats jazz band" and the "sushi bar" for the real people.

Ironically, we are not fans of felines.