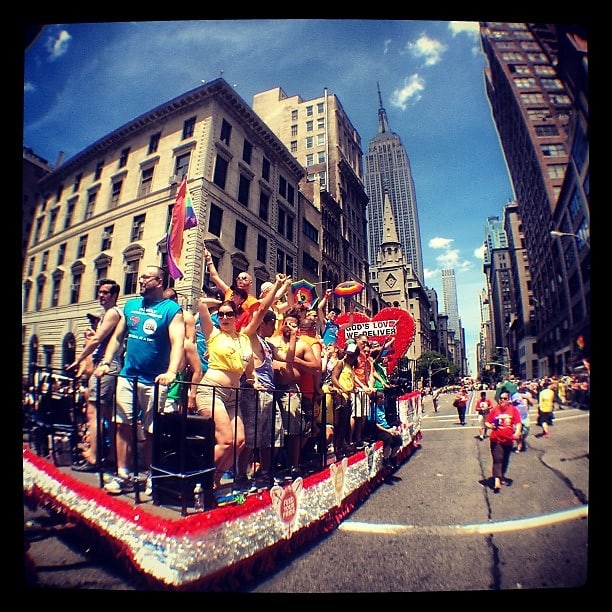 On Sunday, New Yorkers marched in the city's annual Pride Parade, making their way down Fifth Avenue. The parade marked the one year anniversary since same-sex marriage was legalized in New York and a large number of newly married couples marched to thank Governor Cuomo for signing the bill. Sarah Silverman and Cyndi Lauper were among the diverse crowd that came together for the extravaganza on Sunday to support the gay community. Let's take a look back at the festivities from the weekend.