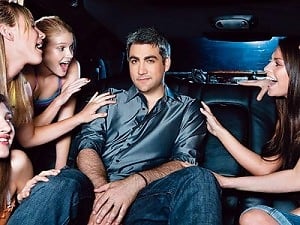 Update: Cosmos hottest bachelor post! Today I am following (check out the first pic!) the winning Cosmo 50 hottest bachelors (one from each state) around NYC and, for better or worse, I hope to gain a bit more insight into just what makes these men such great candidates for the list. In honor of this big day, we decided to put together our own "Hottest Bachelor List" that would be NYC specific. This, of course, was a daunting task. We have spent hours scouring over suggestions and bios and photos.  Alas, we have, through careful calculations, picked 10 of our favorite New York City Bachelors for this fall. Some you may recognize, others may be new to you, we hope you enjoy getting to know them as much as we have....

(Names are in no particular order.)

1. Max Minghella You may not have heard of this 24 year old English actor, but he's got a lot going for him. He's the son of the late Anthony Minghella (The English Patient, The Talented Mr. Ripley), so he's cinematic royalty. Max himself recently narrated Brief Interviews With Hideous Men and will next be seen in The Hippie Hippie Shake. Max recently broke up with long-time girlfriend Leigh Lezark, so he's definitely on the market, but there's no way a catch like this guy will stay single for long.

Bonus: Because looks and pedigree alone aren't reason to date someone, it helps to know that Max is smart: he's a history major at Columbia University. 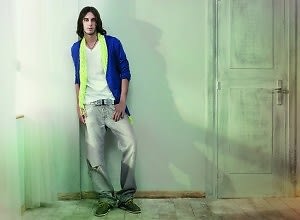 2. Vladmir Restoin-Roitfeld Another hot 24-year old. Vladimir Restoin-Roitfeld is the son of French Vogue editor Carine Roitfeld. Having modeled in the past for lines like Rock & Republic and Mango, Vladmir became an official name to watch after his February 17th presentation at Collective Hardware in NYC. The event drew names like Mary-Kate Olsen, Gisele Bundchen, and more. Last heard he was dating Lily Donaldson, but young love never lasts long right?

Bonus: Vladmir loves hitting up NYC classic staples like Rose Bar and Indochine, a place he's been known to shut down.

3. Yigal Azrouel One of the hottest straight men in the scene, Yigal, the French-Moroccan Israeli fashion designer has recently ended his relationship with burger queen, Katie Lee Joel (he is said to have played a role in her breakup with Billy Joel), which means everyone is dying to be his plus one to the next fabulous adventure he takes.  Yigal is uncharacteristically nice, and breathes new breath into the word "Suave."Check out our interview with him after his fall presentation HERE.

Bonus: Apparently he loves to have women over for intimate dinners to play video games. Um, awesome. 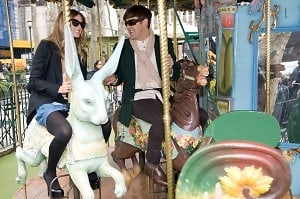 4. Andrew Bevan After studying journalism and film at NYU, Andrew began writing pop-culture pieces for various outlets until he rose to popularity by securing a job at Vogue.  As an Editor of Teen Vogue, Andrew can be found at all of the hot parties and events around NYC. And they are lucky to have him. He's as charismatic as they come, which is why socials like Olivia Palermo (pictured with him at left), have been known to flock to him.

Bonus: Andrew is helping to catch old media up to date. You can find his online blog posts HERE. 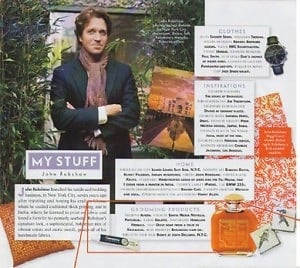 5. John Robshaw John's Asian/Indian inspired textiles are favorites among the fashionable elite across the globe. The 40-year old bachelor travels several months a year to India to oversee the production of the creations of his fabrics, inspired by the character of the lives of people he meets on his travels.  Check out "his stuff" in January's issue of Vanity Fair, or browse through his most recent interview with our friends over at Stylecaster.

Bonus: Sasha and Malia Obama love John Robshaw's designs so much that they have decorated their rooms in it. 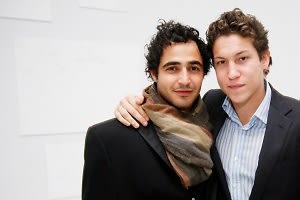 6. Vito Schnabel Vito (right, with Zac Posen) may seem like just another son of a rich artist father (he calls Julian Schnabel dad), but with that boyish grin and locks to die for, he is one spoiled artist that we may forgive. Plus, he could be the next great art dealer, and Anna Wintour is a fan.

Bonus: In the mood for a late night swim? Forget the Standard's new pool, Vito has access to an even TOUGHER pool to get into, the Palazzo Chupi's in the West Village. Stars like Richard Gere and Bono have been rumored to be big fans. 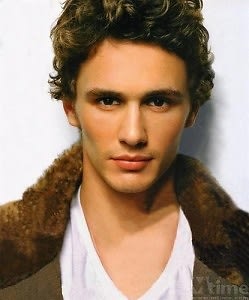 7. James Franco In the past few years, he's starred an action movie trilogy, a stoner movie, and an Academy award winning Biopic, and also somehow found time to attend UCLA...AND NYU, AND Columbia! We love a man with ambition. Currently, Franco is in New York studying writing, and in a career move that has everyone scratching their heads, he just announced that he will have a recurring role on General Hospital. He's like the real-life embodiment of Dan Humphrey...you know, if Dan was a famous actor in addition to being a deep, sensitive writing student at NYU.

Bonus: Despite his many varied accomplishments, (and undeniable good looks), it is Franco's phenomenal turn as Justin Bobby on Funny or Die's spoof of The Hills that clinched his spot on this list. He is a New York Renaissance man in the truest sense of the word. 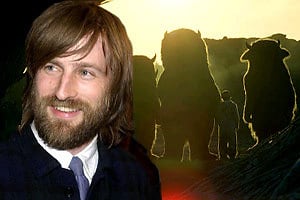 8. Spike Jonze He's super successful in Hollywood, but keeps it real in Brooklyn. His ouvre includes high brow movies such as Adaptation and Being John Malkovich, but he's also the creator of Jackass. His mid-career retrospective is going up at MoMA this month, and he's recently rumored to have ended his relationship with Michelle Williams.

Bonus: He likes kids, and turned everyone's favorite picture book into the most talked about film of the fall (Where the Wild Things Are) What's NOT to like about Spike Jonze? 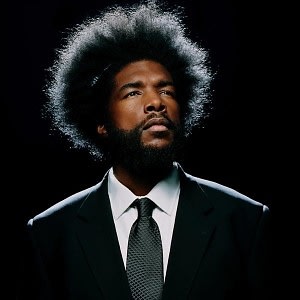 9. Questlove Best known as the drummer of the Grammy award winning band The Roots, Questlove has recently re-entered our radar both as part of the in-house band for the Late Night With Jimmy Fallon show, and for his proficient proses he leaves us on our tweet decks (follow @questlove). The son of Lee Andrews, one of the great 50s doo-wop groups, he was soulfully drumming by age 13. Now he is also a DJ, music journalist and record producer.

Bonus: Questlove has been known to love the fried chicken at Blue Ribbon Brasserie. Expect many date nights at this classic establishment.

10. Bobby Kennedy III A strikingly handsome fellow aside, it would be hard to find a finer pedigreed young man. Son of Robert Kennedy Jr., Bobby has traveled alongside his father to some of the major campaign trails of the last two decades. A graduate of Brown University, Bobby did his part to keep up his family traditions in college. Now, he spends time organizing fundraisers for Barack Obama and hanging out with friends like socialite Amanda Hearst (with him at left).

Bonus: Bobby cares about saving our planet. He's an avid participant in Riverkeeper, a foundation that helps save the Hudson river and it's tributaries. There will be many fabulous parties to attend as arm candy.