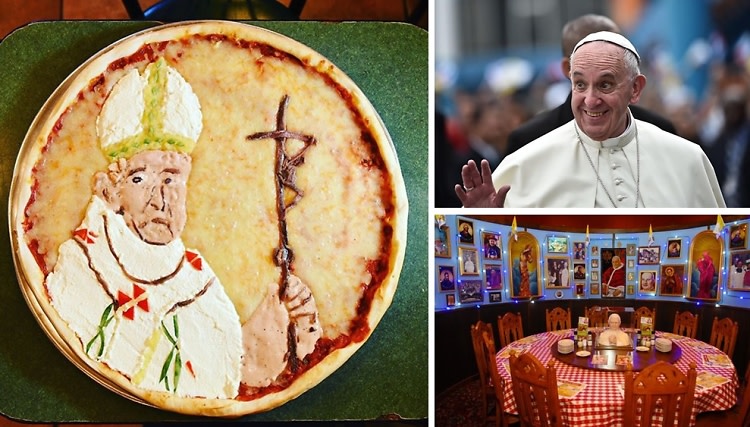 Who is it? Beyonce? No. Obama? Not even. A Backstreet Boys reunion concert in the park?! Ohh, so close... but no. The Pope is here and he's ready to party...or at least we are!

On his first visit to the US, Pope Francis will be in the City this Thursday September 24 to Saturday the 26, and in true New York fashion, we're not missing out on the chance to party like it's c. 29 AD. Pope Francis is referred to as the "People's Pope" for good reason- he's the first Jesuit and Latin American Pope who is known to hold more progressive and liberal views on hot topics including homosexuality, immigration, and the human ethics surrounding climate change. That said, he's kind of a big deal, and we'll most definitely drink to that.

The Pope will be making his rounds over the next few days from an evening prayer at St. Patrick's Cathedral, to the United Nations for a morning ceremony on Friday, to the 9/11 Memorial and Museum for a multi-religious service, up to Our Lady Queen of Angels school in East Harlem, down through Central Park, and then wrapping up with a procession at Madison Square Garden before heading off to his next stop in Philly. The question, however, is where will you be? (And more importantly, how are you planning on getting there?)

Click through for Guest of a Guest's guide to New York's Papal Parties and specialty pizzas that are seriously sin-worthy.