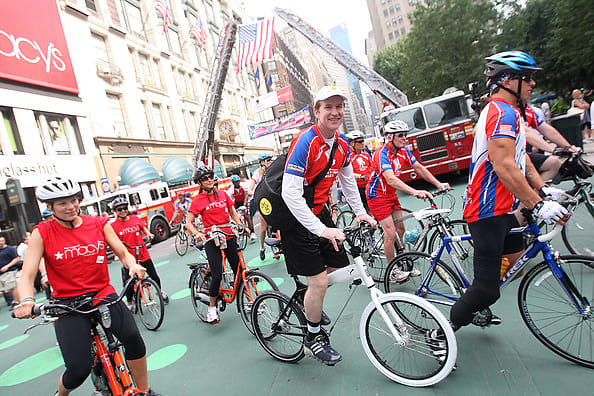 What do you know! It looks like Matthew Modine and his bicycleta were at it again, biking around the city this morning to help kick-off the Wounded Warriors Soldier ride at Macy's in Herald Square.  What's better than a friendly biker? A friendly biker that is using his wheels for good! 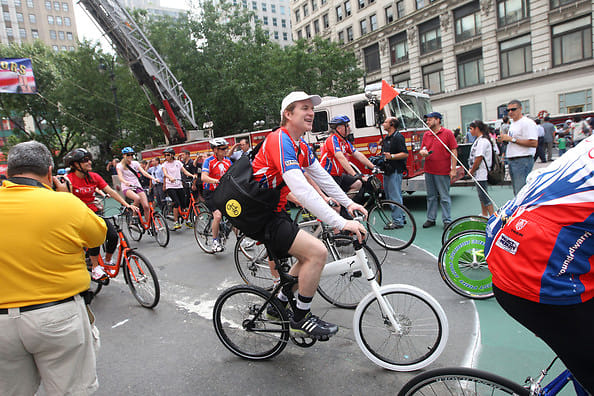 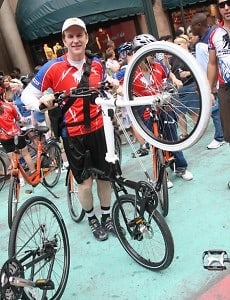 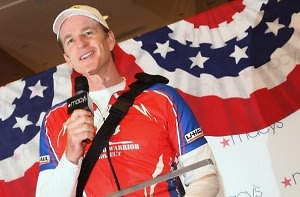