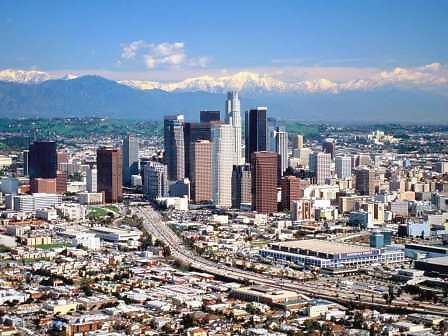 Lately, it seems that everywhere we look people are talking about things happening on the west coast.  MTV's "The Hills" is supposedly the new "Sex and the City", every show on cable reality tv is set in Cali, and two of our friends are packing up and moving out there this week.  We for one are not impressed by L.A., Malibu, Orange County, Hollywood, Beverly Hills, etc. etc.  Last night further proved the cluelessness of such dwellers.  At Merc Bar in Soho, a couple in their late 30s from L.A. started chatting to us.  They were asking the obvious questions on what's fun to do, where to go, and what our favorite places were.  Then they started asking us about the Hamptons.  It became obvious that the only knowledge they had on the area came directly from the VH1 special on it this summer.  Which brings us to:

At one point in the conversation this came out of the man's mouth: "I mean like, where is it? Like which direction from here?....So, could we walk like there or no?"  (not joking).  We didn't know how to respond to this nor do we know what to say about it today.  We thought this kind of cluelessness was bottled up in the midwest and great plains area, but people living in L.A.?!  It is just another example of why the city of angels is a place to visit but not reside.  Besides the obvious retardation coming out in the question, any man over 23 that uses "like" that many times just doesn't deserve our air space.  We pointed them to the east and bid them safe travels.