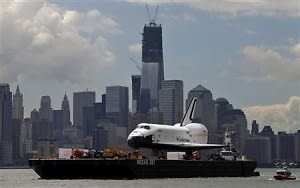 Yesterday, crowds gathered by the Hudson River to watch Enterprise space shuttle dock at the Intrepid Museum, but the journey to get the shuttle to this destination was no easy feat.

Many had qualms with the Sea, Air, and Space Museum becoming the new home of this famous artifact. Enterprise, named after the very popular Star Trek shuttle, was the very first of NASA's space shuttles, and though it never reached space, it represented America's ingenuity at very pivotal point in history. The Intrepid on the other hand, is not well known for its connections with the space program. However with some convincing by Ms. Marenoff-Zausner, president of the museum, the Intrepid was pronounced the home of Enterprise.

Once this disagreement was settled, getting the Enterprise to the New York museum was a whole new endeavor. The journey began in April when the shuttle arrived at JFK Airport, and later it was loaded on a barge and brought to the museum.

The Space Pavilion construction will begin today, and on July 19 Enterprise opens to the public. And though the journey may not have been easy, the cheers and smiles of those watching the Enterprise dock yesterday afternoon show that the people are thankful. 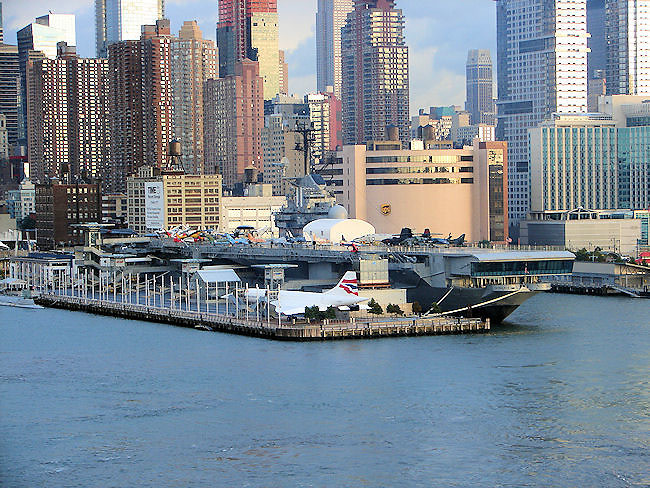