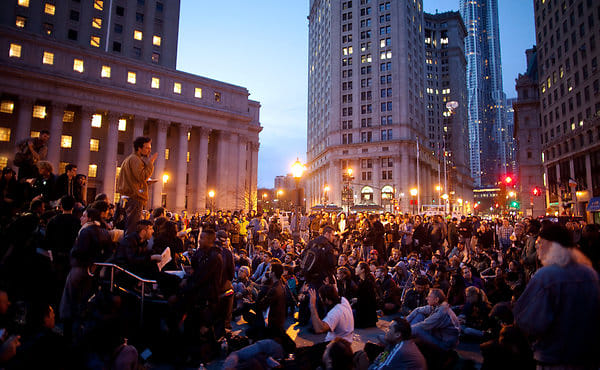 Last night the NYPD arrested 200 protestors as they evicted Zuccotti Park around 1:15 this morning to clear out thousands Occupy Wall Street-ers who have called the park their home for the past 2 months. But since the chaos has settled, protesters are heading back to the park chanting "Let's go home!" Clearly, OWS has some unfinished business and they are not ready to leave their territory. Protesters were told they could come back after the cleaning, but under new tougher rules, which includes no tents, sleeping bags or tarps, essentially putting an end to the encampment if enforced. Will this become #UnoccupiedWallStreet or will the protesters persevere? UPDATE: The protesters are headed to Liberty Square. [Photo via NYTimes]