The subway is getting connected. Straphangers will be able to access the Internet at four stations in Chelsea on the stairs, platforms, and mezzanines by the end of the year.  Say goodbye to your moderately peaceful (on a good day), distraction free, responsibility-less commute.

The L trains stops at Eighth and Sixth avenues, the 14th Street 1/2/3 station, and the 23rd Street C/E station will be the first to be wirelessly enabled, WNYC reports. In four years, all could be hooked in. The company that won the right to wire the stations, Transit Wireless, will pay the full cost of building the wireless network in the underground stations, estimated at $150 million to $200 million. Additionally, they will give the New York Transit Autority a minimum of $46.8 million over 10 years, reports the NYT.

Perhaps the increase in cash flow will enable the MTA to get it together enough to have fully functioning trains on weekends, but who knows.  One thing is for certain, its' going to get annoying and sound a lot like:

all spoke/shouted in unison from a busy platform of people.  You know how annoying the person, who inevitably stands next to you, is who has their music blaring out of their headphones to an involuntary audience of strangers. Multiply it by 20. 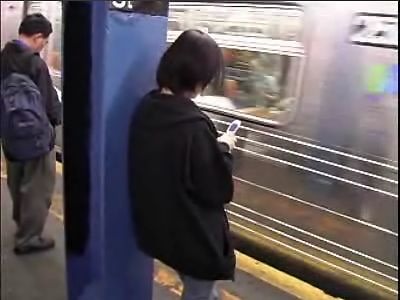 And how long until we have full access while riding the train? Forget about catching up on your book, or some sleep. Instead, your boss, your friend, your parents, and whoever else you have obligations to will expect you to be answering at all times.  Your work hours will get longer, your clients will get more demanding, and you will have no where to hide.

Yes, for some this is a major convenience, but there's a point when technology becomes too invasive and this is it. What do you think?  Yay or nay?