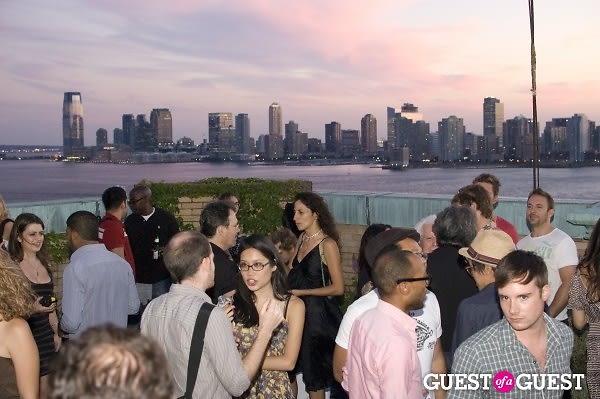 Go HERE for more photos by Amanda Schulze and tag yourself and all of your friends!

Colombian multimedia artist and disc jockey Moni Pineda (DJ Moni) spun throughout the evening as the invite-only crowd enjoyed complimentary cocktails from SVEDKA Vodka. Shoe guru Steve Madden made an appearance, working the crowd and pausing for photographs with guests.

Madden's web site names him "easily America's most successful shoe designer" with a mission of "always looking toward the future" -- with this foray into music, the brand is certainly expanding and moving forward.

Past artists in the Steve Madden Music Presents catalog include Katy Perry, Chester French, K'naan and many more. Selected artists perform at one of Madden's store locations or another venue (such as Tuesday's show at the Ramscale Penthouse) and are often interviewed for the music venture's site about both music and fashion. Although the program tends to focus on up-and-coming artists and smaller names, more mainstream artists, such as Lady GaGa, have also been featured.

Nikki and Rich, the series' latest addition, have already made waves in the music industry with a song featured on 90210 and an appearance on The Ellen DeGeneres Show. The pair are set to release their debut album, Everything, later this year.