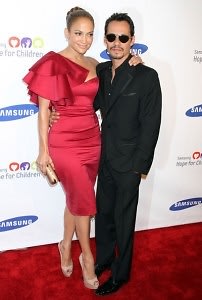 FriendsWithYou brought rainbows and bouncy castles to the new section of the Highline; Bill Clinton was given an award; Emily Blunt told tales of stuttering; Chloe Sevigny showed off her new 90's inspired gear; Christie Brinkley took the stage as Roxy Hart; The School of American Ballet put on a show and more! Last night's parties pirouetted till the break of dawn!

Other Details: Some 800 people attended last night's star-studded event which raised over $1.4  to support more than 30 charities and 400 schools that all focus on children’s education, sustainability, and healthcare. Bill Clinton was honored with the Samsung Hope For Children Ambassador Award. John Legend, Jason Mraz, and Harry Connick Jr took the stage and sang Bob Marley's "Redemption Song." [Via]

FRIENDS OF THE HIGH LINE and AOL Celebrate the Opening of Section 2 [Take a look at more photos HERE!] 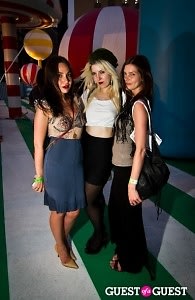 Where: The High Line, Section 2

Other Details: Last night, AOL and guests celebrated the opening of High Line Section 2 with exclusive preview of  Miami-based FriendsWithYou's Rainbow City, an interactive public art installation of vibrant air-filled sculptures presented as a part the AOL Artist program. Be sure to take a look at pics HERE!

Other Details: Emily Blunt hosted last night's event which honored Arthur Blank, Co-founder of The Home Depot and Owner of the NFL's Atlanta Falcons. Both Emily and Arthur have personally dealt with stuttering and chose to share their stories with the public.  After dinner, there was a  "Freeing Voices, Changing Lives" Leadership Award presentation. 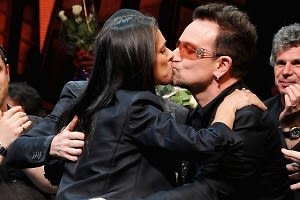 Other Details: Chloe Sevigny showed off her new resort line for Opening Ceremony.  @InterviewNews Tweeted: "Would you be shocked to learn that Chloë Sevigny's first runway show for Opening Ceremony felt like the '90s?"  TheCut called it "sweaty" and "high school inspired." [Via]

Other Details: Every year, the School's advanced students participate in an intensive workshop process that culminates in three extraordinary public performances in the Peter Jay Sharp Theater at Juilliard. The final performance is a special benefit for the School.  Funds raised  go to scholarships for students, salaries for faculty members, studio and residence upkeep, academic education, special student programs and pointe shoe purchases.

Other Details: The fashionable crowd came out the the Lovecat magazine launch at The Darby downstairs. It was hosted by Mick Rock who held court at a table while designer Prince Peter surrounded himself with lanky models.  It was packed for the first few hours and then slimmed down to a more breathable level, but the beautiful crowd stayed for the evening tipping back drinks. 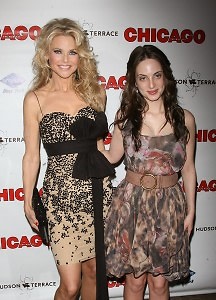 Who Was There: Alexa Ray Joel, Christie Brinkley, Patti Hansen

Other Details: Christie Brinkley is the new Roxy Hart in Chicago. This is a a show known for bringing in celeb talent to draw a crowd. Expect it to be good. AshleySimko Tweeted: "Had incredible seats to see Christie Brinkley star in "Chicago" on Broadway tonight. Her performance really inspired me. To join a gym." [Via] 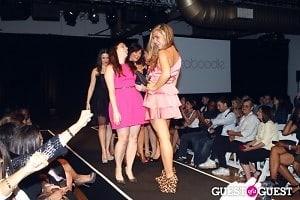 Other Details: Yesterday evening, Kaboodle and Bloomingdale's hosted their Fab At Five Fete & Fashion show. The event took place at the chic Altman building, a space perfect for the mixing of bloggers, editors, style-mavens, and tastemakers. Fab at Five was a fusion of fashion and tech, celebrating Kaboodle’s five-year anniversary and the launch of its re-imagined site, which went live yesterday. Be sure to take a look at more photos HERE. 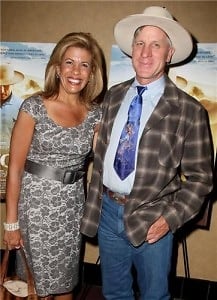 Other Details: Buck focuses on Buck Brannaman, a true American cowboy and the person Redford's The Horse Whisperer is based off. “Your horse is a mirror to your soul, and sometimes you may not like what you see. Sometimes, you will,” he says.Take that to heart New Yorkers. The flick screened in the Hamptons this past weekend and our GofG team was on hand to capture the excitement. Take a look at photos from that event HERE.

Other Details: Romero Britto brought his hearts with wings and teddy bear to Time Warner Center last night with a ribbon cutting ceremony for his new exhibition.