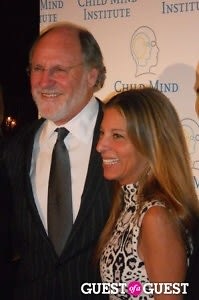 Last week at Cipriani 42nd St. Former Governor of New Jersey Jon Corzine clued us into some of his frustration at not being in office and his disapproval of current NJ Gov. Chris Christie.

Corzine, who was honored Thursday evening by the Child Mind Institute, recognized the current limitations of his influence and the nimble steps he's taken to maintain his civic impact.

"First of all, one of the reasons I'm here tonight is I have been focused on work with children, children's mental health, obviously education, child welfare  issues in government," he said, gesticulating his laundry list. "And this is a perfect example of how in the private sector, you can be involved and contribute in an important way. And the Child Mind Institute is a very leveragable."

But certainly he would have preferred another outcome in the NJ gubernatorial election of 2009.

"It may not be exactly how I'd prefer to do this," he conceded, "cause I'd prefer to still be governor. Democracy has it's way of saying people want change."

His ousting from Drumthwacket, the NJ governor's mansion, takes on bitter repercussions in light of Christie's current moves to undo Corzine's initiatives.

Christie, for example, recently tried to put the kibosh on Access to the Region's Core, an ambitious public works project for a rail tunnel under the Hudson River many thought would increase commuter train-service to Manhattan two-fold.

Corzine pushed for this project during his tenure in office and now has to eat humble pie, which the futility of his past efforts may bring.

Would Corzine have seen the endeavor through?

"There's no question," he said, "because I fought like crazy to put the funding arrangements in place, keep the structure that is vital for the nation. It's vital for commuters in New Jersey and would create value in real estate and home-owners. It was a really important investment that Republicans and Democrats for the  previous 26 years had been working on."

So was Christie wrong in crushing these plans?

"I'm not in the business of second guessing," he said, deflecting the bait. "The governor has to be able to make decisions, and [Christie] has made the one that he's chosen. And the people said that's who they want making their decisions. At least for the foreseeable future, I think it's better to let the people's voice be in place. It's a tough job being governor. You have to make a lot of tough choices that I might have made differently. So that's the choice that was made."

Despite his opinions and vested interest in these political implementations, this type of reversal  doesn't egg Corzine on to rejoin the political fray as a candidate.

"Well, I can't see very much of any probability I'd enter back into elective office," he said. "I hope I'm both involved in philanthropy and that there's an opportunity to serve in some format over the years."

Of late, Corzine has had other things on his mind: he's teaching a class at Princeton Woodrow Wilson School of Public and International Affairs and working as CEO of MF Global, a major futures broker and bond dealer. In passing, he suggested Americans invest in commodities like copper ("and things that are involved in making things") and predicted Obama would be reelected in 2012. As for other upcoming pursuits and new year's goals?

He then returned to Sharon Elghanayan, whom he had married 16 days earlier, fetching her a pale chardonnay and locking arms with her throughout the cocktail hour.