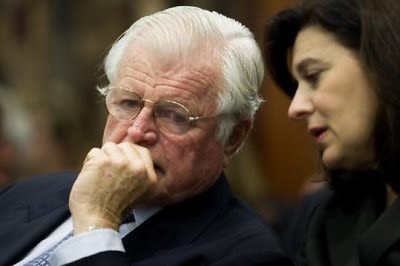 In what may be one of the biggest cash advances for a book ever, Hachette Book Group USA has offered Senator Edward M. Kennedy over $10 million dollars for his memoir to be published in 2010.

No doubt Kennedy will speak about his senate career, his life as part of the Kennedy family, the civil rights movement, etc. But will he talk about getting kicked out of Harvard for plagiarism? His alcoholism? The murder death of Mary Jo Kopechne at Chappaquiddick (He was driving a car drunk with her as the passenger when it went over a bridge. Kennedy got out, and didn't call the police until many hours later).

Its pretty amazing how people are so enamored with this guy. And of course this book advance begs the question if Ted will plagiarize his very own memoir.