To movies premiered last night in New York, one uptown, one downtown, both equally heavy. "Howl" deals with the life of Allen Ginsberg and the question of censorship, while "Waiting For Superman" explores the problems in the American education system. Yeah, yeah, yeah, but how were the parties?- 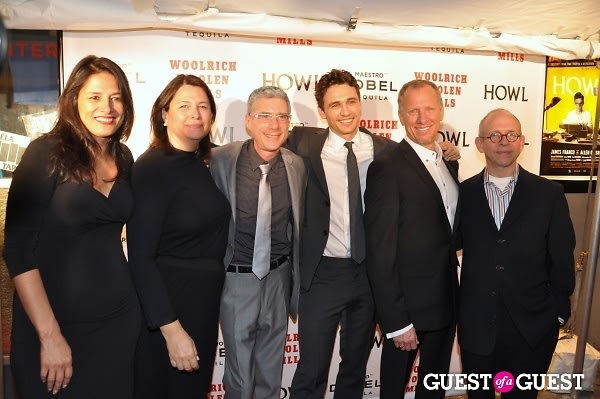 Go HERE for more photos by Alex Mora, and tag yourself and your friends!

After the screening, everyone headed over to the Trump Soho, where Franco greeted Jack McBrayer with a huge hug, Edward Norton hung out at the bar, and Bob Balaban walked around with his drink, looking friendly and approachable. (We've joked before about Balaban being ubiquitous at NY Premieres, but this time he was actually in the film.) The event was sponsored by Woolrich Woolen Mills and Maestro DOBEL Tequila.

The crowd starting filtering out at 11:30, but Franco, whom the filmmaker had earlier introduced as "the perpetual grad student",  was still going strong.... 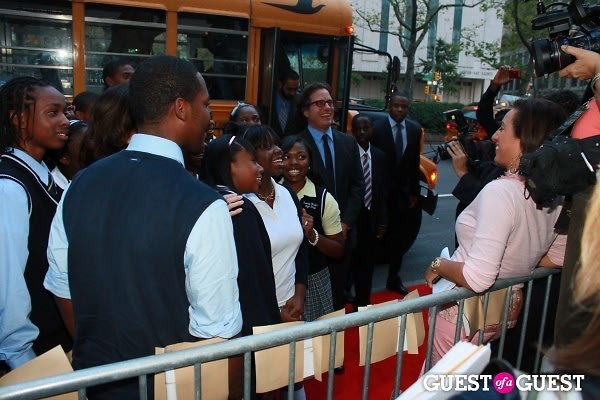 Uptown, filmmakers, actors, and political commentators gathered for the premiere of "Waiting For Superman", a documentary from the people behind "An Inconvenient Truth", which puts a spotlight on the flaws of the American education system. Guests at the screening included Arianna Huffington, Director Davis Guggenheim and wife Elizabeth Shue, John Legend, who sings the movie's theme song, and George Stephanopoulos, who led a discussion following the movie.

Afterwards, Gay Talese, Nora Ephron, and Matthew Modine joined the after party at the 21 Club.