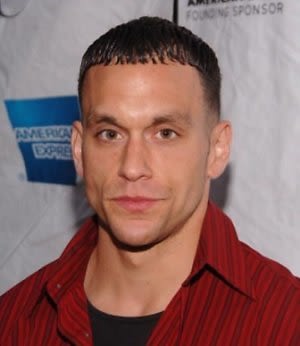 You may have recently seen Justin Fatica on the documentary Hard as Nails.  Fatica travels around trying to awaken people spiritually by equating their own personal suffering to the suffering of Jesus.  Impressionable teens filled with angst seem to be his bread and butter, and his spiritual gatherings have the feel of EMO meets PostSecret.  Fatica has formed his own ministry, and while The New York Times states that Fatica is an unordained Roman Catholic minister, an oxymoron in itself, he isn't affiliated with the Catholic Church.

We of course couldn't contain ourselves when we saw him preaching outside 27th Street in front of the likes of Guest House and Home.  Once hallowed clubbing ground, where 10th Avenue meets 27th Street is definitely the nexus of sin in New York City.  Sinful of course because the clubs are  hellishly bad down there.  You might as well cross the river Styx Hudson River and go to straight to Hades New Jersey.