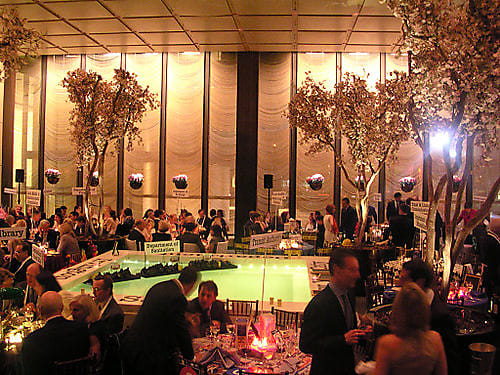 The Four Seasons in Midtown is arguably the best place for an upscale business lunch in the city. Since 1959, the restaurant has been serving some of the most distinguished business figures in the city and defined the term power lunch in 1979. Owners Alex Von Bider and Julian Niccolini are also great at their jobs, as they make sure to seat the big players at prime areas of visibility. If you couldn't tell already, this restaurant means business - don't expect to get seated without a reservation or a jacket! The Four Seasons, 99 E 52nd Street, New York [Photo via]
1 of 10