It must have been a slow August for the NYPD "pow-pow" and they decided to take matters into their own hands to spice things up. They were EVERYWHERE this weekend, busting as many local area hipsters as possible along the way. A recap: La Esquina, it seems, NEVER had a CO (Certification of Occupancy) for its basement. From Eater: "it's not in the least surprising that a restaurant that has patrons walking through the kitchen to their tables wouldn't be operating completely above board." NEXT: Rising suspicions of drug use at the Box led police to do a raid early Friday morning. Hmmm...wonder what would give them any idea that drugs were being abused at this venue: 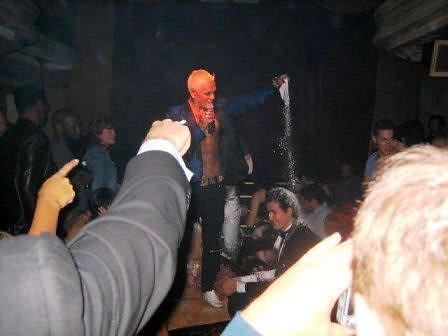 [during a performance of the song "COCAINE"]

We also heard reports that the pow-pow busted 2 venues in Williamsburg on Friday. I mean what better way to get into the city's hotspots for free right? Maybe some of our officers have started to reach a mid-life crisis and needed a weekend of fun.

In any event, we ended up going to Gemma (pronounced "Jemma") on Friday at the Bowery Hotel and were extremely pleased with our decision. Sean MacPherson and Eric Goode of the elitist Waverly Inn in the West Village have created a rival space on the East side that has managed to feel warm and breezy at the same time. We think we scored a corner balcony table because of the Australian accents emitting off our group, and heard French and Spanish conversations from surrounding patrons throughout dinner. Which helps to validate our claim that Europeans get preferable treatment at such places as these. Even so, we loved this place. It made us feel like we're surrounded in quality, but not overly sceney people. And we hear we're not the only ones that fell for Gemma. Apparently almost half of Wavery Inn's staff switched over. 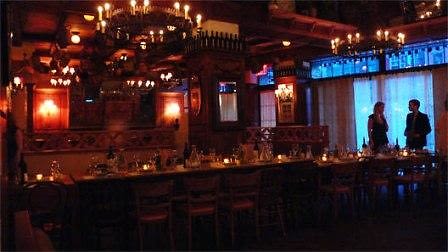 And our last piece of news, Los Dados is FINALLY going to open today at 73 Gansevoort (across from future Highline). From the creators of Lotus, Double Seven, and Suenos. With tacos priced at upwards of $16 we are pretty sure this isn't going to fulfill our "good old fashion dirty mexican food in NYC" search that we've been on for quite some time now. We'll give it a try, out of sheer boredom I'm sure.