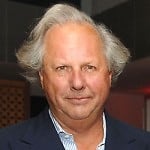 You would think that with a constant flow of celebs, moguls, impressarios, etc. that Graydon Carter's power dining spot, Ye Old Waverly Inn, would have constant fodder to blog about.  Or so it seemed when Carter first launched the Waverly Inn blog in January of this year.  But what may have seemed at first a brilliant way to shill for the spot in hindsight looks to be an ill-conceived project at best.  The blog hasn't been posted on since May 21st of this year.

For starters it appears to be a serious conflict of interest.  Sure Graydon isn't running for public office, but as an editor, to use Vanity Fair's resources to publicize a personal investment doesn't ring quite right, similiar to the distaste of paying $65 dollars for a plate of mac and cheese.  Even if it's not him doing the actual writing, the effect and intent is the same.Moreover, if you want to court a top-notch crowd, then you need top-notch privacy and the ability for people to dine without the constant glare of flashbulbs, paparazzi, and general annoyances that you might find at say a TGIF.  So with that being said, blogging about the ongoings of the Waverly seems to be at great odds with the environment Carter would want to create.  You either have a dull blog, or an unsuccessful restaurant. And a dull blog it was.

That isn't to say that those who go there don't want some exposure, just in a more nuanced way.  It's simply not the deliberate lens-seeking scene of The Ivy in Los Angelos.  And luckily for Carter, its managed to retain a reputation of gravitas and style, not a place of blog fodder.