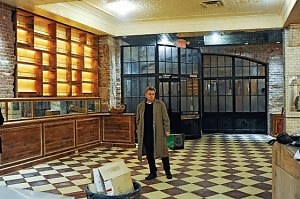 Despite some less-than-ecstatic reviews, New Yorkers clamor for seats at Keith McNally's two-month old Pulino's. Critics and bloggers still can't shut up about it. Martha Stewart tweets it. McNally's got the Midas touch. Which is why the tireless Brit should start scouting locations for his next cash cow now.

McNally is known for his painstakingly easygoing eateries scattered around downtown that serve modest but refined comfort food to hordes of below-14th scenesters, media types, the odd uptown interloper and not-so-odd tourist. The restaurateur also had a reputation for bringing the stylish masses to fringe neighborhoods back when there were fringe neighborhoods in Manhattan.

More recent offerings Morandi (the Village), Minetta Tavern (the Village) and Pulino's (the Bowery) haven't been trailblazers to the same degree (although Pulino's staff claims it sits on a sketchy corner) but that's because most paths around town have been blazed, paved over and made safe for stilettos.

But that shouldn't stop McNally from seeking out the few that are left. Here are some suggestions: 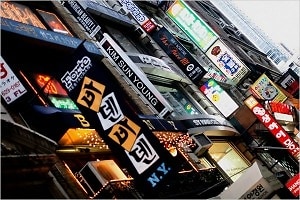 "McNally does it (as I’ve written before) by reconstituting trends that have been floating in the restaurant atmosphere (brasserie food at Balthazar, haute burgers at Minetta Tavern) in his own professionally polished, eminently glitzy way."

Consider other recent foodie sensations like pork and fried chicken, both staples of Americanized Korean grub. Then tip your chef's hat to downtown high/low restaurant impresario David Chang, whose Momofuku empire traffics in both (as well as other updated fusion takes on Korean cuisine) and you'll realize that there's no ethnic neighborhood in the city more primed for mainstream hipiffying than 32nd between 5th and 6th.

Even though the curmudgeonly McNally hates parties, the drunken buzz of nearby karaoke aficionados fresh off a mortifying rendition of "Take on Me" will lend whatever restaurant he opens in K-Town the requisite McNally bonhomie. 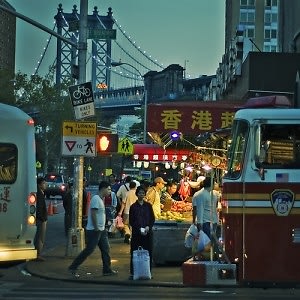 Lower Lower East Side/Chinatown: Not exactly under-the-radar. But then, neither was the corner of Bowery and Houston or Morandi's Village address. A few hipster-friendly venues--White Slab Palace, B*East, Bacaro, Sweet Paradise, White Star, Donut Plant--have staked out the neighborhood east of Bowery, south of Delancey and north of Canal. But, to the relief of residents and Chinatown traditionalists, none have generated McNally-level heat. The area's Yiddish history and Chinese present would make for one hell of a fusion combo--chicken feet knish, anyone?--and McNally could continue to enrage Lower East Siders who fled its flashier precincts and claimed Schiller's killed the 'hood. 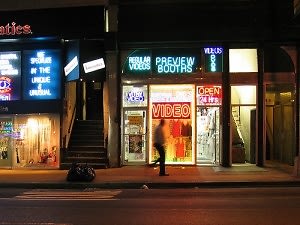