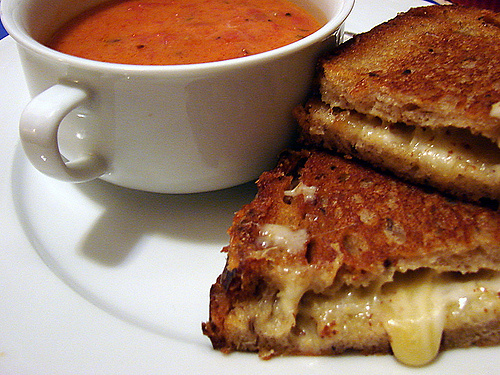 Yesterday, Michelin released the third edition of the Michelin Guide New York City. We have no idea why a French tire company's opinion of your restuarant could be such a big deal, but alas, the standards they have set for their star rating system are so intense that even we feel a little sympathy for Tom Colicchio this year (his restuarant Craft got dropped off one-star list).  It's true, though the North Ameican verison of the Michelin list has only been around since 2005, thier rigorous selection process that is applied independently and consistently around the world, has helped the Michelin Guide become an international benchmark in gourmet dining. The selection is made by anonymous, professional inspectors who are Michelin employees and is based on the same working methods in all countries.  Just to give you a little taste of how high they have set thier bar, there are only three restuarants that made the "3-star" dining list this year.  They are Jean Georges, Le Bernardin, and Per Se. (The full list is available on the Michelin website which is linked above).

We are thankful of the Michelin team and the time they have devoted to help keep us informed on what we already knew.  However, we were legitimately more excited when we came across another "dining out" list today.  That being Gridskipper's "New York's Best Grilled Cheese" list.  The weather is set to (finally) start getting fall-like, and that means that it's time to start making our favorite meal ever.  Grilled cheese and tomato soup.  If you don't find this combination especially delectable, there is just something wrong with you.  If we should ever create a list like Michelin's for the best meals ever made, this one would be our hands-down, 3-star recipient.