Over the last few months, we've seen plenty of extravagant, ridiculous one-off dining events like the infamous gourmet L train dinner and art-themed dishes from a 15-year-old chef. There is no denying it's the Summer of the Pop-Up. But with Restaurant Week starting today, you have to wonder where the craze fits in.

Pop-ups are fun in part because they skirt around the legal and financial nightmares of opening up a real restaurant or club, and because their fleeting nature it's easy to take a concept too weird to build a stable, solvent business on and feel it out. The nightlife scene has already taken this concept and ran with it, and over the past few weeks we've seen events like Madame Wong's exclusive throwdown and even a Brooklyn laundromat rager. 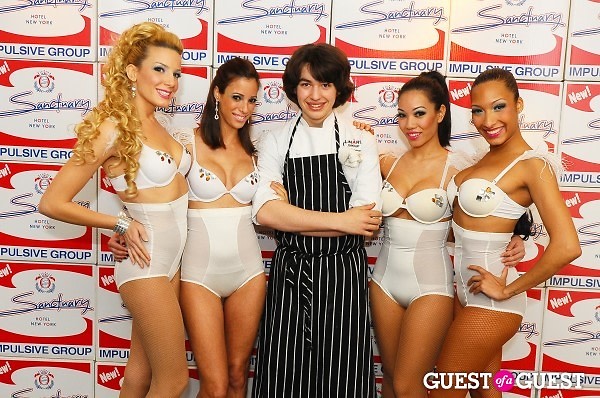 The concepts seem at odds with each other: Restaurant Week has always been about big-name joints offering special deals, giving average New Yorkers a taste of the ambrosia that food critics like Sam Sifton get paid to rave about. Pop-ups, on the other hand, are more concerned with giving adventurous eaters (and party animals) a wild night or two to remember, shunning the kind of classic dining experience that Restaurant Week venues value. So how best to reconcile the two?

Earlier this year, PPX Hospitality's Gabriel Scott-Dicker told us about his plans to use the old Broadway East space on the Lower East Side for a series of pop-up clubs and restaurants—same buliding, different experience each time. There was a similar concept behind What Happens When, which was supposed to switch up its theme every 30 days for nine months, but it closed at the end of June after its jazz-inspired fourth iteration (the space currently houses a yet-unnamed pop-up breakfast and lunch cafe from the same owners).

That's an interesting way to handle the phenomenon, though it does sound like it goes against the whole "element of surprise" factor that makes unique ideas in bizarre spaces so cool. It's definitely the only way to bring the kind of consistency that makes money in the restaurant biz to the world of pop-ups, and no doubt it's only a matter of time until the city's first "permanent pop-up" space opens, but it lacks the truly surreal, random sense that only something like a laundry party can instill. 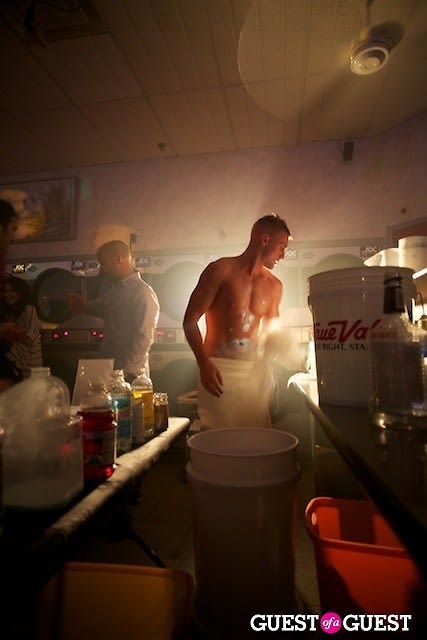 But what if there was a Restaurant Week just for pop-ups? Some time—no more than a month—set aside for New York's most ambitious restaurateurs to pull out of their collective asses the craziest concepts they can. Imagine whole neighborhoods transformed by temporary storefronts dedicated to all the random ideas from would-be venue entrepreneurs that would otherwise never see the light of day. We'd see some of the most surreal dining and clubbing experiences in the world!