[Anthony Edwards, Michael Daube and Christopher Barley] Last night I went to SUSHISAMBA for a night of fun, food and philanthropy to benefit the Citta Organization. As guests dined on signature SUSHISAMBA cocktails and menu items throughout the evening, Citta recognized the enormous generosity of some of their biggest supporters.

In addition, SUSHISAMBA Concept Developer Shimon Bokovza presented the Citta board a donation on behalf of all of SUSHISAMBA raised during the month of June. The evening ended with the Speaker of the New York City Council, Christine Quinn, presenting a Proclamation honoring SUSHISAMBA and the Citta Organization. 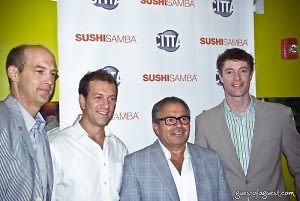 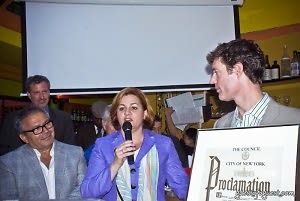 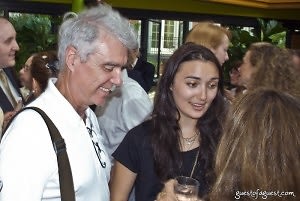