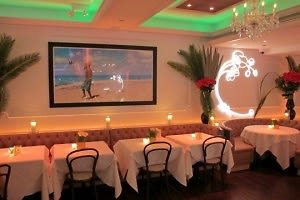 Remi Laba and Aymeric Clemente are considered to be the pioneers of Saturday brunch parties, and last Saturday the two brought was is to be considered the "original brunch" back to the Meatpacking District. After Laba and Clemente left 13th Street Entertainment, they took the Bagatelle name with them and relocated to One Little West 12th Street, which used to be home to the restaurants The Collective and One. Bagatelle is open for dinner nightly but is mainly known for its boozy Saturday brunch parties that are often all-day affairs.

At a party like this, prime-time tends to be around 4 PM so it is best to make table reservations at around 3 so you can actually sit and converse with your friends before everything gets started. However since it was opening day, we decided to arrive earlier and scope out the scene. The restaurant was packed starting at 1 PM and the bar area became full an hour later. No walk-ins were accepted for tables and people without reservations could only watch the debauchery from the bar. The staff was trying to get the earlier reservations, which tended to be for smaller groups of 3 or 4 people, out of the way before 3 PM so they could make room for the larger parties always order large format bottles of Rosé and champagne. The brunch menu itself features French inspired brunch classics such as Eggs Benedict and Steak au Poivre, but also features more "American" items such as pancakes and french toast. 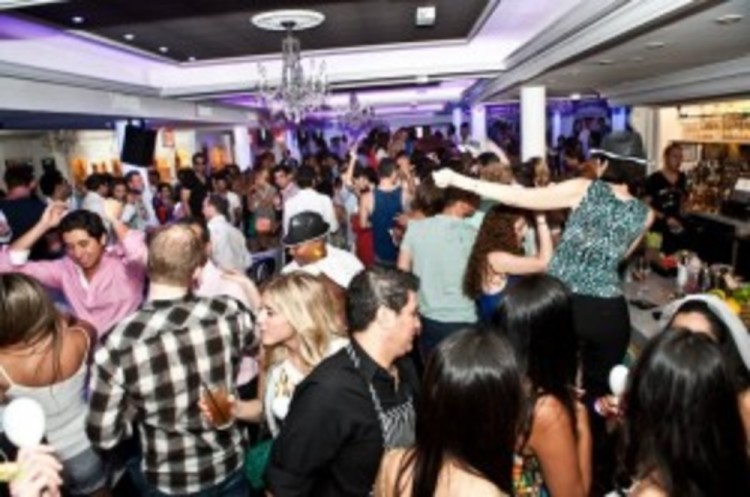 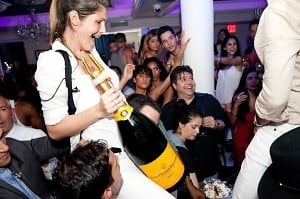 Once 3:30 rolled around the lights turned off and the sparklers started coming. The DJ played an open format set consisting of house, hip hop and a bit of Latin music, which is quite unique for brunch parties as they mostly are house-music based. People were dancing on chairs and tables like it was 1 AM at a club and buying bottles like it was 2007. Never mind magnums of champagne, the party next to us purchased a giant jeroboam of Moet and if a table spent enough money on a single bottle, it would be delivered superman style from a waiter hoisted by the rest of the Bagatelle crew carrying sparklers. A staff member dressed in a white Bagatelle skin suit sprayed everyone with Co2 cooling while patrons danced the afternoon away. The grand reopening of this infamous Saturday brunch was nothing short of grand as the crowd was filled with beautiful people and more importantly, they were all having a good time. If you want to get in on the action for Bagatelle's next brunch party, call 212.488.2110 to make a reservation. 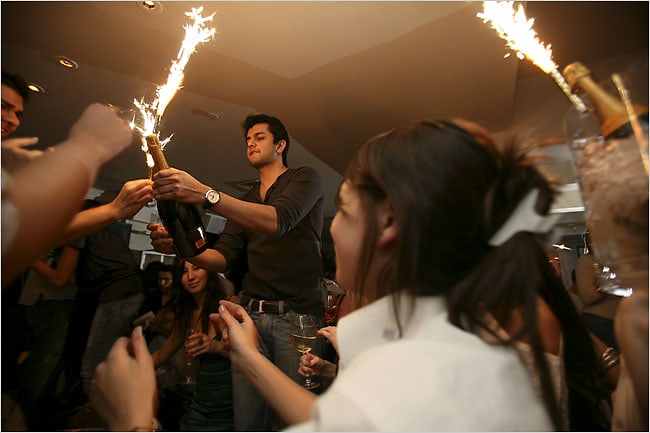