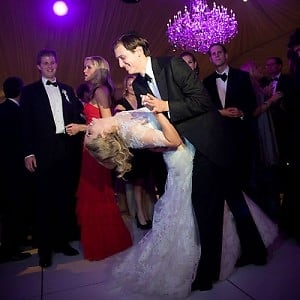 Ivanka Trump and Jared Kushner tied the knot last October, but their Honeymoon is just beginning - hey, it's hard to get away when you're active businessmen, entrepreneurs, and social fixtures. So they finally got away. Where are they and how's it going? Let's check in...

Ivanka has been making sure to keep her Twitter followers updated every step of the way on her Honeymoon trip.

It was off to one of the worst starts in history, but they made the best of the situation:

@IvankaTrump Drive to the airport down; 24 hrs of travel time to go...regardless, I'm on route to Cape Town and very excited!1:43 PM Dec 20th from UberTwitter

So they went Bowling:

@IvankaTrump Our flight is so delayed that we're leaving the airport for a few hrs and are going bowling in Newark! Nice.2:27 PM Dec 20th from UberTwitter

@IvankaTrump Missed connection as my KLM flight from NY was very delayed. In amsterdam...let's see how @KLM deals with all these dislocated customers!6:35 AM Dec 21st from UberTwitt

When you're a Trump, you better believe your airline cares about your happiness:

@KLM: RT @KLM_UK @IvankaTrump While in Schiphol Airport you can enjoy the Casino before your Safari, although its not the Taj Mahal. Happy Flying. 5:34 AM Dec 21st from web

@IvankaTrump Thanks for reaching out @KLM_UK can u assist? Trying to start my honeymoon6:51 AM Dec 21st from UberTwitter in reply to KLM_UK

Things not getting much better for the Trump/Kushners

@IvankaTrump We bought 2 hats and cheap coats at the airport as our luggage is being held hostage. Safari gear isn't going to cut it in amsterdam8:25 AM Dec 21st from UberTwitter

But spirits are high:

@IvankaTrump Excited to begin our 24 hour adventure...despite some set backs, we're going to make the most of it. After all, its still our honeymoon!8:26 AM Dec 21st from UberTwitter

Plenty of time to get some work in:

@IvankaTrump No luggage, no plans... no problem. We had an amazing time in Amsterdam. Our "urban" safari. http://myloc.me/2g73r12:49 AM Dec 22nd from UberTwitter

@IvankaTrump Wandering in the Paarl area of Cape Town. Just visited the Backsberg vineyard. A terrific afternoon...about 3 hours ago from UberTwitter 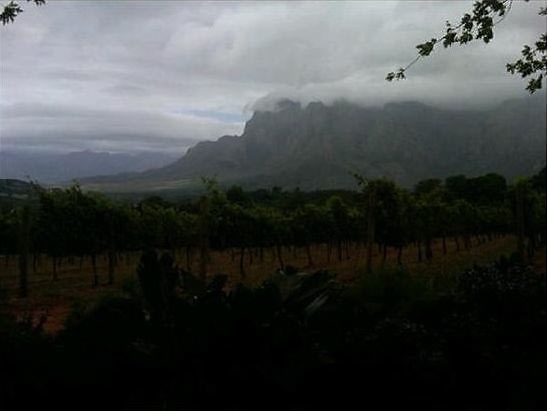 A gorgeous view of the vineyard!

See! Even wealthy beautiful people have horror stories regarding flying. Keep this in mind as you set out on your holiday and new years travel destinations!